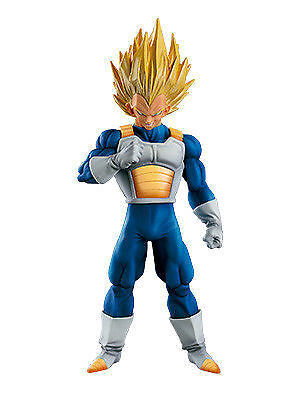 While they are distinctly Japanese art forms, anime and manga have both drawn a dedicated following around the globe and now you can find your favourite characters in anime and manga figurines. Whether youre into Dragon Ball Z, Final Fantasy or Tekken Tag Tournament, you can find highly detailed anime figures to add to your collection from some of Japans leading toy manufacturers.

Bandai is one of the largest Japanese toy manufacturers in the world and has long had a close association with manga and anime. You can find action figures from the Tamashii Nations series and the Origin of Valkyrie, together with Power Rangers, Robotech and Gundam.

Looking for Banpresto anime figures and toys? You can find characters from its Super Robot Wars series and Another Centurys Episode, as well as Dragon Ball Super anime and action figures. In addition to making toys, Banpresto also creates video games for the Japanese market, with some translated and released for global audiences.

One of the most popular Japanese anime television series is Dragon Ball Z, created by Toei Animation and based on the manga series by Akira Toriyama. You can collect figures of the protagonist Goku and his companions as they defend the earth, as well as those of the villains in the series, which range from intergalactic space fighters to indestructible creatures.

Kotobukiya creates an impressive collection of figures from the Street Fighter series, including Poison Bishoujo, Sakura Bishoujo and Juri Bishoujo. They are based on the character interpretation by master illustrator Shunya Yamashita, with incredible attention to detail in their accessories and action figures. Kotobukiya also creates a Frame Arms Girl model kit line adapted from the manga series by Tsuneo Tsuneishi, which later became an anime television series.