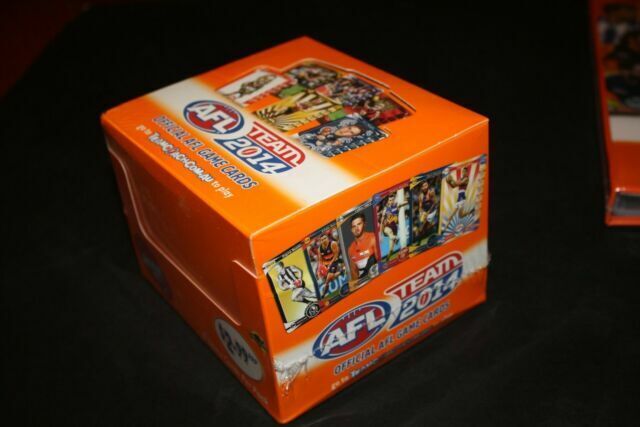 Many fans of Australian Rules Football and the Australian Football League (AFL) take their love of the sport to the next level by collecting AFL cards. AFL collector stickers have been produced since 1990, with official AFL collector cards coming on the market in 1993. Now, three distinct sets of Australian Rules Football (AFL) trading cards are produced every year. While the AFL Certified Set and AFL Future Force are popular choices, they are outweighed by the much-loved AFL Footy Stars Cards.

The 2017 set of AFL footy cards contains 221 standard cards, made up of a selection of 12 star players from each of the 18 current AFL clubs around Australia, in addition to five checklist cards. The rest of the 2017 AFL footy stars cards set is made up of silver rainbow cards, footy stand-ups, AFL milestone game cards, Starburst caricatures, Brownlow predictor cards, and cartoon-themed A-grader cards.

In addition to the regular AFL footy stars cards, a separate set of Future Force collectable cards is available, featuring AFL stars under 18 years of age. Included in the Future Force collectable cards are autographed AFL and Australian Rules Football trading cards, featuring the signatures of 30 elite players from the under-18 teams. With each player signing just 195 cards each, the chances of finding a signed card are slim, but certainly not impossible.

AFL cards come in sealed foil packs, with eight collector cards per pack. Packs can be purchased individually from newsagents, AFL stores, 7-Eleven stores and other retailers and hobby stores. Some collectors choose to purchase boxes of AFL cards online for reduced rates as a way of quickly increasing their collection and amassing cards currently missing from a set.