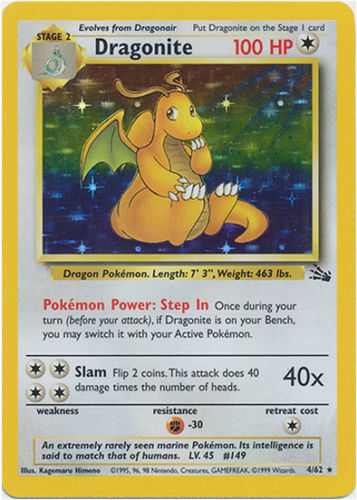 People worldwide are fascinated by Pokemon trading card games. Collectors decide which Pokemon cards they want to collect, for instance, ultra-rare individual Pokemon cards or a themed category, such as Gym Challenge, BREAKthrough or Legendary Treasures. You can also purchase Pokemon collectable cards in bulk and mixed lots to build your collection quicker at a reduced price per card since the group is normally discounted.

Collectors also refer to base set holo individual Pokemon cards as holofoils and holographic cards. They are usually more valuable than regular cards, depending on the cards popularity. When searching for a specific one, youll see notations such as Alakazam 1/102 or Lurantis GX 138/149 to denote the specific card from a complete set. Likewise, look for descriptions, such as near-mint or heavy play, indicating the cards condition.

First edition base set individual Pokemon cards are part of the first print run set. These base set cards have an Edition 1 symbol on the face. Moreover, they normally carry more value than subsequent printings referred to as unlimited editions. The rarest first edition Pokemon cards were printed in 1999 and 2000; some are valued in the thousands of dollars.

Another popular card type is a signed individual Pokemon card. A card featuring the autograph of one of Pokemons freelance illustrators, such as Mitsuhiro Arita, is a prized possession that collectors value highly. A signed shadowless card sometimes has the highest value due to its rarity. The reason is because it does not have a shadow to the right of the picture as compared to other cards. Additionally, the copyright year appears twice on the front, once as 1999 and again as 99.