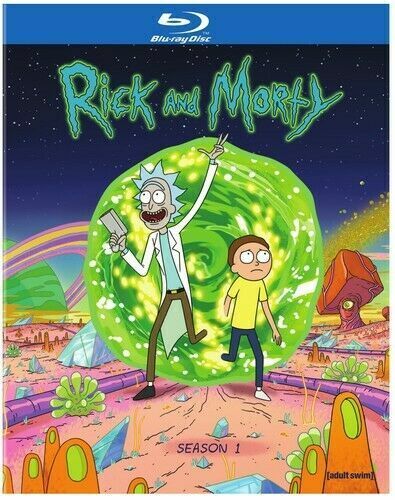 Rick and Morty is a cult-classic American adult science fiction sitcom series that brings incredible laughs and amazing animation. It was created by Dan Harmon and Justin Roiland for Adult Swim on the Cartoon Network. The TV series follows the crazy adventures of mad scientist Rick Sanchez and his good-natured worry-wort grandson Morty Smith. Now you can watch them in their home life and well as their interdimensional activities whenever you want with eBay’s collection of Rick and Morty Blu-ray and DVD sets.

Roiland plays the voices of the two titular characters. Morty’s parents Jerry and Beth and his sister Summer join them. Beth’s father is Rick Sanchez, who lives with them. They travel regularly from outside Washington to other planets and dimensions via Rick’s flying car.

You’ll find plenty of familiar voices behind some of the characters, including Chris Parnell as Jerry, Sarah Chalke as Beth and Alan Tudyk as Chris, as well as other great guest stars throughout the series.

You never quite know what you’re going to find in each and every episode of this beloved animated series. It sometimes seems the producers actually go out of their way to buck mainstream television trends, which makes it all the more enjoyable for its dedicated fans.

Rick is an emotionally abusive alcoholic and Morty experiences high levels of trauma on a regular basis. Just that alone breeds plenty of incredible scenarios. Toss in robots, interstellar space creatures and plotlines that you can hardly believe, and you get a one-of-a-kind show.

In addition to the episodes themselves, there is a huge range of Rick and Morty apparel and collectibles on sale at eBay. Check them out, as well as other animated movies on Blu-ray and DVD, today and get ready for a viewing experience unlike any other.