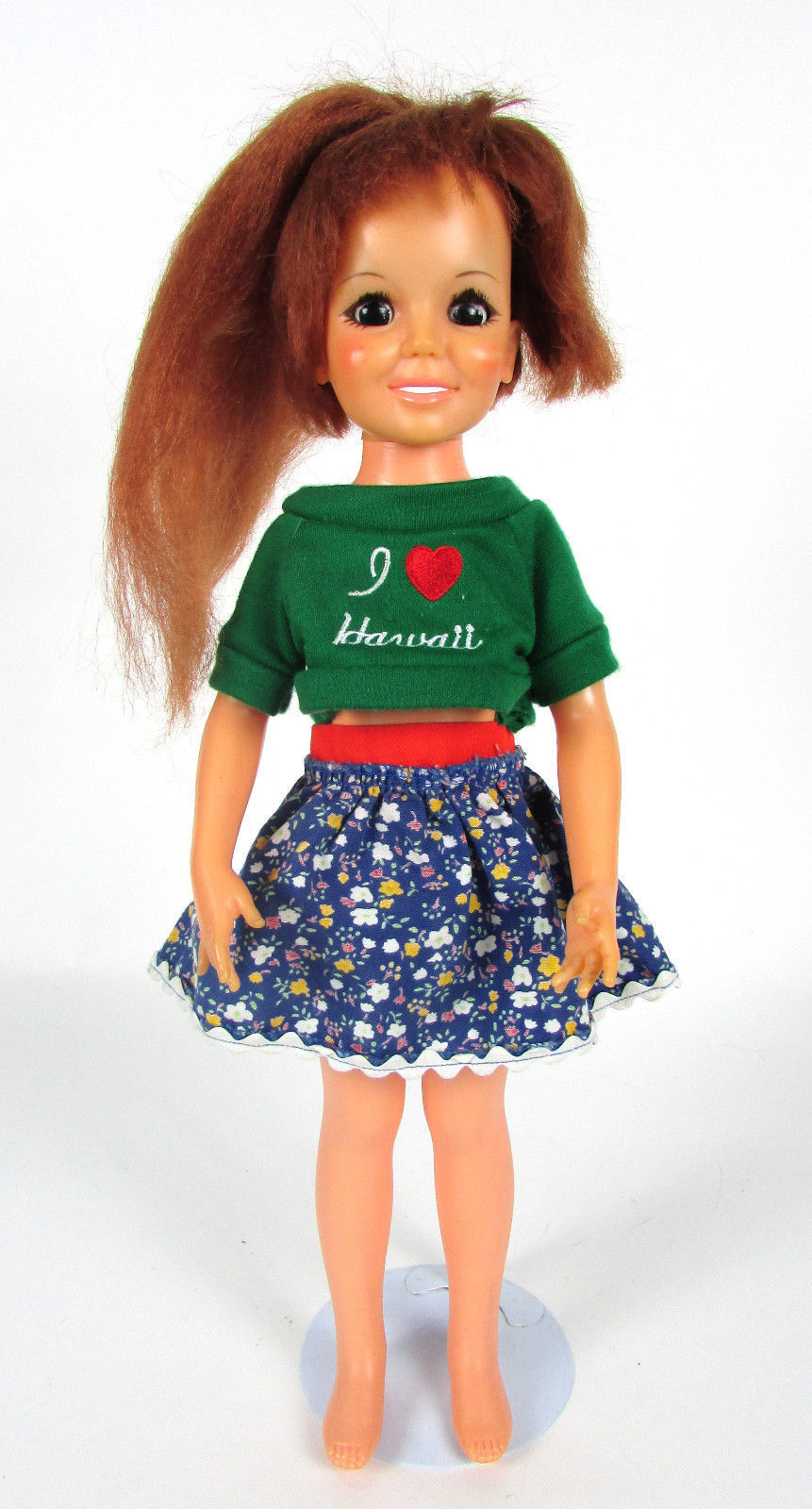 Made by Ideal in the late 60s and early 70s, Crissy dolls arent your ordinary vintage baby dolls. With fun features, an enviable wardrobe, and beautiful, long hair, Crissy dolls are an early example of mechanical features in a doll, and its easy to see why little girls loved this versatile toy. Collectors enjoy finding vintage Crissy dolls in good condition to relive a bit of nostalgia.

Crissy isnt alone in her universe. In addition to the multiple vinyl Crissy dolls available, there are other friends and family Crissy plays with. Crissys cousin is Velvet, a 16-inch doll available in white and African American options. The blonde velvet doll comes in different designs and styles and offers a variety of features. One popular model is the Movin Groovin Velvet, and another is Talky Velvet.

Velvet has a little sister named Cinnamon, and little is an apt descriptor for the smaller 12-inch doll. Unlike Crissy and Velvet, Cinnamon has bright red hair. Cinnamon was released several times with different variations, including a Cinnamon with a Hairdoodler and a Cinnamon with curly hair ribbons. These gave girls the option to style Cinnamons hair and give her different looks. Early versions are Caucasian only, but later releases offer an African American doll.

One of the most fun features of Crissy dolls is their ability to talk. Several of the dolls have this feature, including Velvet and Crissy. The dolls have a pull string on their backs, and when pulled, the dolls say different phrases. Some Crissy dolls have six phrases while others have twelve; getting either kind is random. Not all Crissy dolls talk; Movin Groovin Crissy has a pull string too, but it makes her waist swivel a bit to create movement.

A hallmark of the Ideal Crissy dolls is the ability to create shorter and long hair on each doll. This hair-growing mechanism was new on the market, making it exciting. A knob on Crissys back lets you retract and pull out a long ponytail, giving her hair length and volume. This feature let girls play with Crissy in a way they hadnt played with dolls before, and multiple dolls come with hairstyling features, such as Crissy with the Swirla-Curler and Crissy with Twirly Beads.