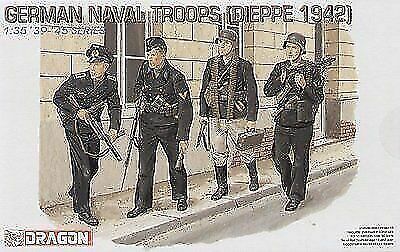 A model maker company from Hong Kong, Dragon Models has been making military action figures, die-cast kits and plastic models since 1987 releasing more than 1000 products since its founding. Dragon Models are beloved the world over by military model enthusiasts who enjoy building armies, aircrafts and tanks in miniature scale as a hobby. Are you one of those fans, or know somebody who is? eBay has thousands of lifelike Dragon Model building sets from which to choose, giving you a chance to put together a piece of history whenever you’d like.

World War I and World War II history buffs can build different factions, as well as exact replicas of vehicles and equipment used during the two conflicts.

And making models is a relaxing past time that allows for logistical and creative play through the use of building, painting, arranging and researching. Historical fans, military enthusiasts and RPG gamers from all over the globe are just some of those who have turned to Dragon Models products for hours of enjoyment.

Dragon Models smart kits have been designed with extra features in mind, so the construction is a lot easier to build. Attention to detail hasn’t been forgotten though. Dragon has released more than 30 varieties of smart kits for easy construction at home.

Dragons Wings models are 1:400 scale and are designed not only for collectors but for airlines who need to display models as well. Dragon Models is also the official supplier of aircraft models for Airbus and Boeing, which means aircraft fans can enjoy building both historical and contemporary plane models.

You can build your miniature army using Dragon Model soldier kits and action figure model building kits. Popular scales include 1:6 - 1:12 depicting various military units throughout history. Models can be customised using model and kit tools that can add detail and authenticity to your models.

Pick and choose your models

You can find Dragon Model kits from a range of armies on eBay every day, including Italian, Russian, German and the United States. Check them out now and form your ultimate battalion.