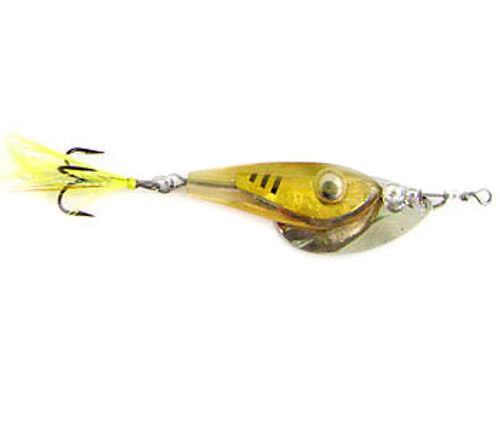 Skilled fishermen use many different tricks, lures, and techniques to cajole their quarry onto the hooks, and for many anglers, spinnerbaits represent an attractive alternative to live baits. The small metal elements on fishing spinners and spinnerbaits cause the lures to simulate the movements of small prey fish, darting, flashing, and twisting to attract larger game fish.

Fish to Catch with Spinner Lures

There are dozens of game fish varieties known to gravitate towards spinning lures. Murray cod fishing spinnerbaits are a great example, and are a popular freshwater game fish in Australia. Bass, tiger fish, snook, redfish, bowfin, and even trout are the other game fish known to respond well to fishing spinners.

The blade is the oblong metal element of a fishing spinnerbait lure which mimics the look and movement of baitfish. The Colorado, Indiana, and Indiana fluted blades are all roughly teardrop shaped and best for shallow to medium water fishing. The more narrow and leaf bladed the spinner blade, the deeper and faster it tends to work, making the turtle back, French, inline, and willow spinner bladed lures best for medium to deep water fishing.

Fishing baits, lures, and flies come in many arrangements, and spinnerbaits are no exception. Fishing spinners are their own broad classification of lures which use spinner blades to mimic the movement of prey in the water. Spinnerbaits and magnum spinnerbaits use pronged, two-element systems to lure game fish, while inline spinners attach the hooks in line with the spinners themselves, rather than on different prongs. Buzzbaits are spinners specifically designed for use on the top of the water.