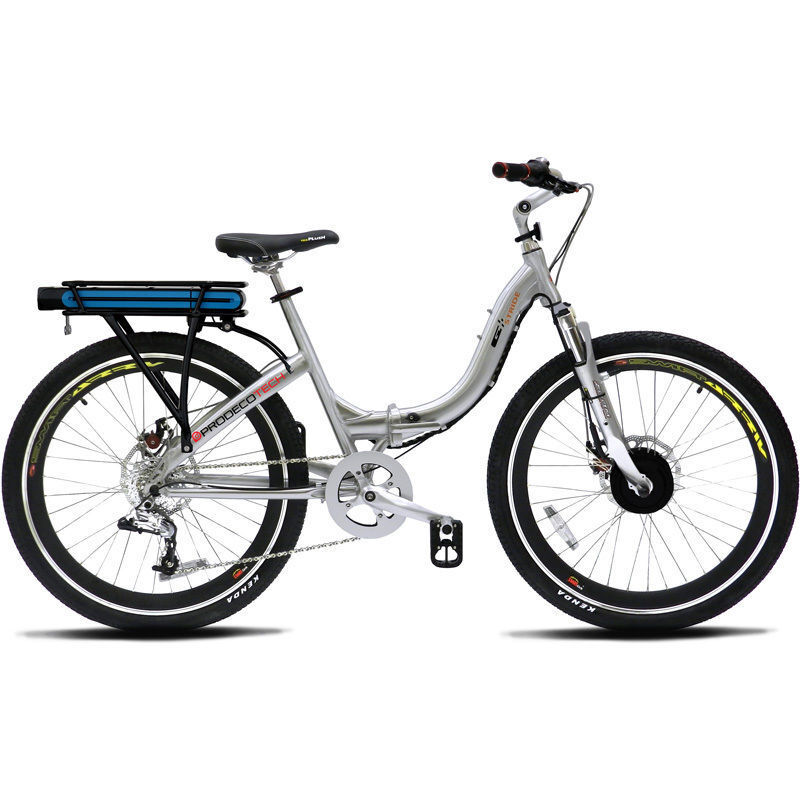 There are reasons why bicycles are still popular even in the twenty-first century, and one of the biggest is that bicycles havent hesitated to change with the times. From new materials and gearing options, to motors and more, folding electric bikes represent the result of more than a century of research and development.

The idea behind folding electric bikes is to provide the functionality of an electric bike in a much smaller package. While some people may choose them simply because they live in small flats and have nowhere to store a large bike, thats not where they really shine. The real benefit of folding bikes shows up when you use more than one form of transportation. A full size bicycle is hard to get on the train or bus, while a folder just gets out of your way.

The majority of electric bicycles are whats called "pedelec" bikes, where the motor works seamlessly with the pedals to propel the bicycle. You just pedal and the bike helps you along. People call the second kind "twist and go," because they rely on a separate switch to engage the motor. Most people prefer the first variation because they are easier to use. All you have to do is keep the battery charged. On the whole, they are a great way to mix transportation and exercise.

The other big question has to do with motor location: is it in the crank or the hub? While hub-mounted motors are quieter, they tend not to be as responsive to pedal effort. They also tend to suffer more stress from riding because they add to the unsprung weight of the bicycle. Crank-mounts also tend to offer better handling because the motors are closer to the centre of gravity.

Its not enough to have a bike that moves; you also want one that stops. Folding electric bicycles with mechanical disc brakes combine additional stopping power with the portability you need.