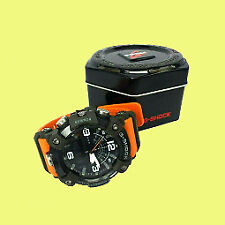 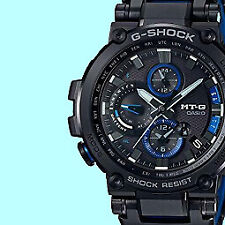 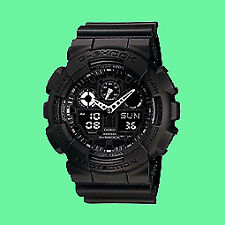 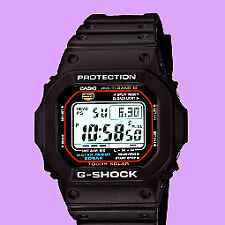 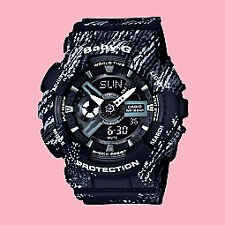 G-Shock watches by Casio were created to stand the test of time.

In demand due to their reliability and accuracy in even the most demanding of conditions, Casio timepieces have been specifically designed and manufactured to endure life outdoors. The Casio brand has been very highly regarded and very well loved for generations, and although they are continually developing new products, the core focus of their designers has always remained on consumer favourites, including some of the most popular wristwatches on the market today.

With G-Shock watches, you can make a bold statement every single day. Combining strength and extreme durability, with functionality and the most up to date and modern designs, these tough watches have been built to last. Not only do they have their famous shock resistant structure, as well as water resistance up to 200m, but they’re even resistant to mud. Plus, they’re great when dressing up, when you want to be a little bit fancy, or you can wear it when you're casually going about your day.

G-Shock is the one watch that’s been setting the standard for generations, with shock-resistant construction that really stands up the toughest of treatment like dropping and whacking, as well as water resistance up to 200 meters.

Born out of their pursuit to create watch that was truly unbreakable, G-Shock have been providing absolute toughness in their timepieces for over 35 years to those who needed the most out of their watches. A subsidiary of the infamous watchmaker Casio, the line of G-Shock timepieces have been designed not only to accurately tell the time, but also to resist mechanical shock and vibrations.

An innovative idea in 1981 at the time of the brand's inception, G-Shock short for Gravitational Shock has continued to better all facets of its toughness including their structure, materials, and functions ever since.

G-Shock was born out of the need to manufacture a watch that was as close to indestructible as possible in 1981. Project Team Tough created more than 200 prototypes over two years before they arrived at the shock-resistant structure that we know today. Herein lies the birth of G-Shock, a range of watches that are built tough to the core.

G-Shock is the original timepiece that created the concept of toughness in a watch. What began as a reckless challenge to what was considered as the conventional wisdom of the time, they believed that it really should have been possible to construct an unbreakable watch, even if dropped onto cement or rocks. That’s when Casio form Project Team Tough to build one in 1981.

One after the other over the next 2 years, Project Team Tough created over 200 different prototypes until finally they created a structure and form factor that was shock-resistant. This was the birth of the G-Shock technology which was tough right to its core. In pursuit of greater and stronger unbreakable toughness in every respect from materials, structure, and functions, G-Shock has continuously evolved ever since.

Originally designed for outdoor-oriented activities, as well as sports, and even the military, the sporty design and functionality of G-Shock also piqued the interest of the street-style set who widely accepted it in the mid-1990’s.

These days, the Project Team Tough, passionate development challenges and constant upscaling efforts have reached their fruition with the Triple G Resist, a structure which has the strength not to break while withstanding 3 different types of gravitational acceleration. Also, during their pursuit of watch usability under any and all circumstances, G-Shock installed a system that assures agile and reliable operability they dubbed Smart Access. Stronger and smarter than ever with their constantly changing targets for always increasing amounts of greater strength, the challenge for G-Shock is ongoing and never-ending.

The infamous G-Shock watch is manufactured using stainless steel, with resin banded rings, and are simply perfect for every type of occasion and any style of outfit. Set in either red, blue, yellow, white, matte black, or a mixture of these colours, they feature digital dials which accentuate that iconic G-Shock style. Whether you prefer a completely digital watch or one of the combination analogue/digital watches with the best of both worlds, G-Shock by Casio make the perfect watch for you. Not only are the majority of G-Shock watches equipped with either or both a digital and analogue function for telling the time, but they also come with a countdown timer, a stopwatch, water resistance technology, and an electroluminescent backlight too.

After setting the benchmark for quality timekeeping, this tough and durable G-Shock watch includes sturdy hour and minute hands manufactured from metal. The digital and analogue format of the GA700-1B watch really provides you with the best of both worlds, and results in a 3D face with truly high definition LED illumination and distinctive features that are quickly read and easily understood. Available in a range of different colour combos, This watch is obviously shock resistant as well as being water resistant up to a depth of 200m.

An essential timepiece for surfers, sailors, anglers, and anyone else who is always somewhere near the water, the GAX-100 watch houses all the usual elements of traditional timekeeping, as well as features you can use for reading the tides. High and low tide times can be easily accessed on this G-Shock watch for specific locations, as well as tide measurement functionality so you will be able to find the best tide time for the negotiation of tidal waterways safely, or the most premium surfing conditions, or even when the fish are most likely biting.

The G7900 boasts large buttons for convenient operation, and provides tide and moon data, world times, countdown timer, stopwatch, and more amazing features of Casio watches. The afterglow and backlight utilities ensure you can see the time in all conditions, no matter how dark, which means it is a favourite with campers, explorers, and hikers who are trekking all around this wide brown land.

Whether you want a G-Shock for fashion, functionality, or a combination of both, you can shop the wide range of these Casio masterpieces available on eBay today. Plus, there is also a range of G-Shock parts and accessories available, as well as their unique Pocket Watches.