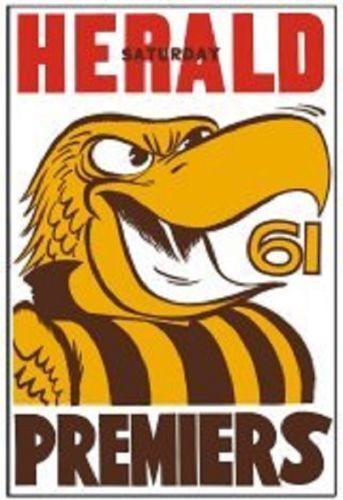 AFL is hugely popular in Australia and many people look forward to the excitement and high stakes Grand Final day all year long. The Hawthorn Football Club, often referred to simply as ‘the Hawks’, is a professional AFL team, founded in 1902. It’s a Victorian-based side, but it also has a formal partnership with Tasmania, which means it has a strong following in Tasmania too. Hawthorn is particularly highly regarded as being the only AFL club to have won a premiership in each decade of the 1960s, 1970s, 1980s, 1990s, 2000s and 2010s.

Struggling to Find a Gift for Men in Your Life?

Unfortunately, it can often be a real struggle to buy gifts for men, regardless of their age, with many people resorting to purchasing socks or underwear each year. If you know that a man in your life is a keen Hawks fan, Hawthorn memorabilia can make a fantastic gift. Such a gift demonstrates your support of their interests and they can treasure it for years to come.

Not Just for The Boys

Of course, AFL isn’t just for boys and men. In Australia, many girls and women are a huge Australian football fans, growing up with a love for watching the Grand Final and kicking a footy around the yard. With the recent rise of the professional women’s AFL, more girls are getting into AFL than ever before.

If your loved one is a massive fan of a certain player, such as Luke Hodge, buying online is a great way to access Hawthorn Hawks Australian football memorabilia tailored to their interests and specific sporting heroes. If you’re looking for a personalised gift, this can make it a lot easier to find items relating to a player or team that is meaningful to the recipient.

If you’re looking to invest in vintage AFL collectibles, or want to find a unique gift for an older AFL fan in your life, you’ll definitely want to check out the Hawthorn Hawks 1950s AFL and Australian Rules football memorabilia

available online. There are a lot of great pieces available for purchase, including vintage football player cards, team glasses and posters.