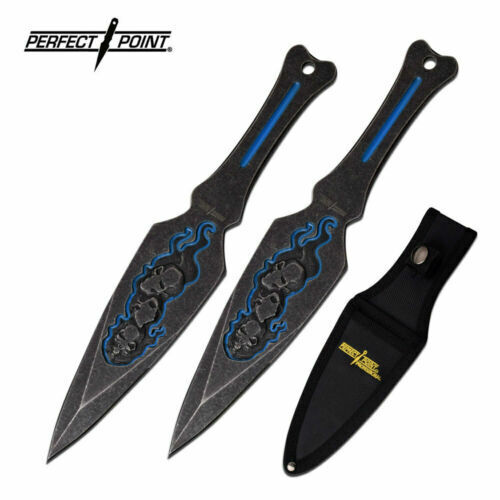 While there are plenty of hunting knives that can be used when in the outdoors hunting, only certain types of hunting knife are designed to be thrown. As fun as it may be to throw knives, it’s best to do so in a safe manner, taking into account local hunting and weapon laws.

Perhaps more so than any other ordinary hunting knife, the make and shape of a throwing knife is vital to its effectiveness. As a thrown projectile, throwing knives require specific balancing and weight to ensure their accuracy and hit the desired target. Some hunting knife set models feature a specially designed ring at the end to provide extra balance.

Considering that they’re going to be thrown, having a good grip on a hunting knife is vital for both safety and accuracy. Many hunting knife set models feature a corded handle to provide better gripping on the knife. Hunting scopes, optics and lasers are also designed to enhance the accuracy of any thrown hunting knife.

One of the most important parts of owning a hunting knife set is the safe manner in which you store it. Typically, when you purchase a hunting knife it comes with a nylon sheath, both protecting you from accidental cuts and protecting the blade from damage. Other means for carrying and transporting hunting knives include hunting holsters, belts and pouches.