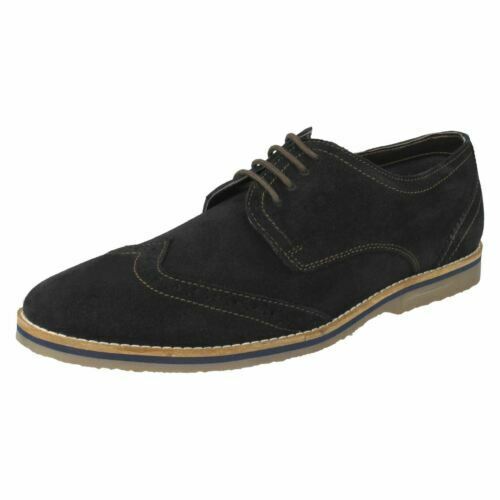 Hush Puppies mens shoes have been a trusted footwear option since 1958. Many applaud them for their comfort and durability. The brand has an extensive line of not only mens shoes, but also womens and childrens footwear. Many see Hush Puppies mens shoes as a symbol of American casual workwear attire. However, people wear them all over the world, with notable celebrities like musician David Bowie, Prince Philip of Great Britain and actor Tom Hanks wearing them.

Hush Puppies named themselves after the southern American food that farmers sometimes fed to dogs to get them to stop barking. Since puppies were American slang at the time for feet, the salesman working on this shoe company thought the idea of quieting feet with comfortable footwear would be a great name for the company. He believed that this clever name would be a good reminder of their goal to create comfortable, lightweight shoes.

While they are casual footwear, Hush Puppies have had many different incarnations. Their categories include boots, dress shoes, slip-on shoes, moccasins, Traditional Comfort, sandals, sneakers and Oxfords. Hush Puppies makes a type of shoe for every occasion. Hush Puppies leather lace-up shoes for men are especially popular, since they are more stable and form fitting.

Within each category, particular styles vary enough that men can choose a shoe that represents them. While some men prefer the dapper Simon Ploy oxfords, others might choose the mens Lively Genius, which is a polished sneaker. Both of these lace-up shoes are great options for men; however, the Lively Genius sneakers may not suit the office. Still, with many workplaces adopting a casual dress code, men can wear a large number of styles by Hush Puppies.

Because Hush Puppies is committed to creating comfortable footwear, they offer a range of sizes and widths. Depending on the model, Hush Puppies also use an outsole that helps reduce shock, known as Bounce. Their DualFit system has removable memory foam inserts for a more customised fit.