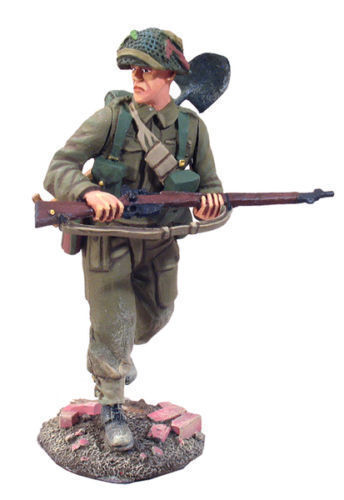 The World War II series of King and Country toy soldiers includes figures from the shores of D-Day Normandy to the sands of North Africa. You can find toy soldiers, fighting vehicles and buildings from specific events that occurred during World War II, including the Operation Barbarossa figurines from the German invasion of Russia in June 1941.

One of the most popular ranges of King and Country toy figurines is from the Streets of Old Hong Kong series that features colourful Chinese figurines and buildings from turn-of-the-century Colonial Hong Kong. Look for Flying Dragon boats and historic sedan chairs, as well as fishermen, wonton sellers and shoe-shining stands.

Take a step back in history to the age of the Crusades with King and Countrys Crusaders and Saracens series. This selection of toy figurines depicts both sides of one of the worlds longest and bloodiest struggles. Collect Crusader Knights and Men-at-Arms, as well as Mounted Saracens, jousting posts and medieval tents.

Are you interested in the Age of Napoleon? You can collect King and Country toy soldiers and figurines from his Army of the Orients exploits in Egypt and the Holy Land. The Age of Napoleon series includes not only Napoleons French soldiers, but also figurines of the Mamelukes and British soldiers.