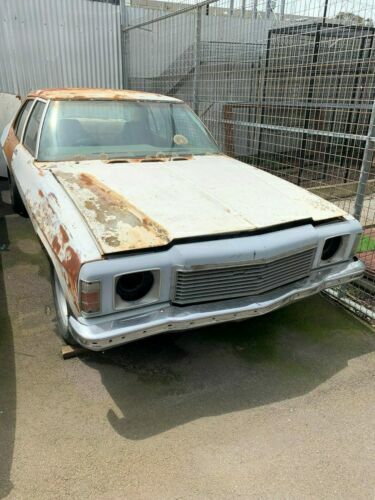 In 1968, the first Holden Kingswood car was released to the public. It offered consumers an all-new body design, a V8 engine, and a fully imported 5.0 L Chevy small block engine. Whats old can be new again with the right buyer. Car guys who love to rebuild, restore, and refurbish antique cars are always on the look out for the Kingswood.

From the first time a little boy gets introduced to toy cars, he starts to dream of owning his personal hot rod to race down the street. The Holden Kingswood might be a vintage make now, but that doesnt mean it should be stored in the back of the barn and never taken out for a drive.

One thing about the Holden company is the fact it builds cars to last. Whether you want a pre-1970 or a Holden Kingswood post-1970 collector car, you know you are getting a high-quality product that still has years of life left in it. Manufacturing of the Kingswood stopped in 1984. It was only on the market for 16 years, but during that time it quickly became a beloved member of the family.

A Class of its Own

Dont let the fact that it is a full-size vehicle fool you. This bad boy has power under the bonnet. It was available in four different body styles: 2-door coupe utility, 3-door panel van, 4-door sedan, and a 5-door station wagon. Take your pick; you wont be disappointed.

No Matter What You Call It