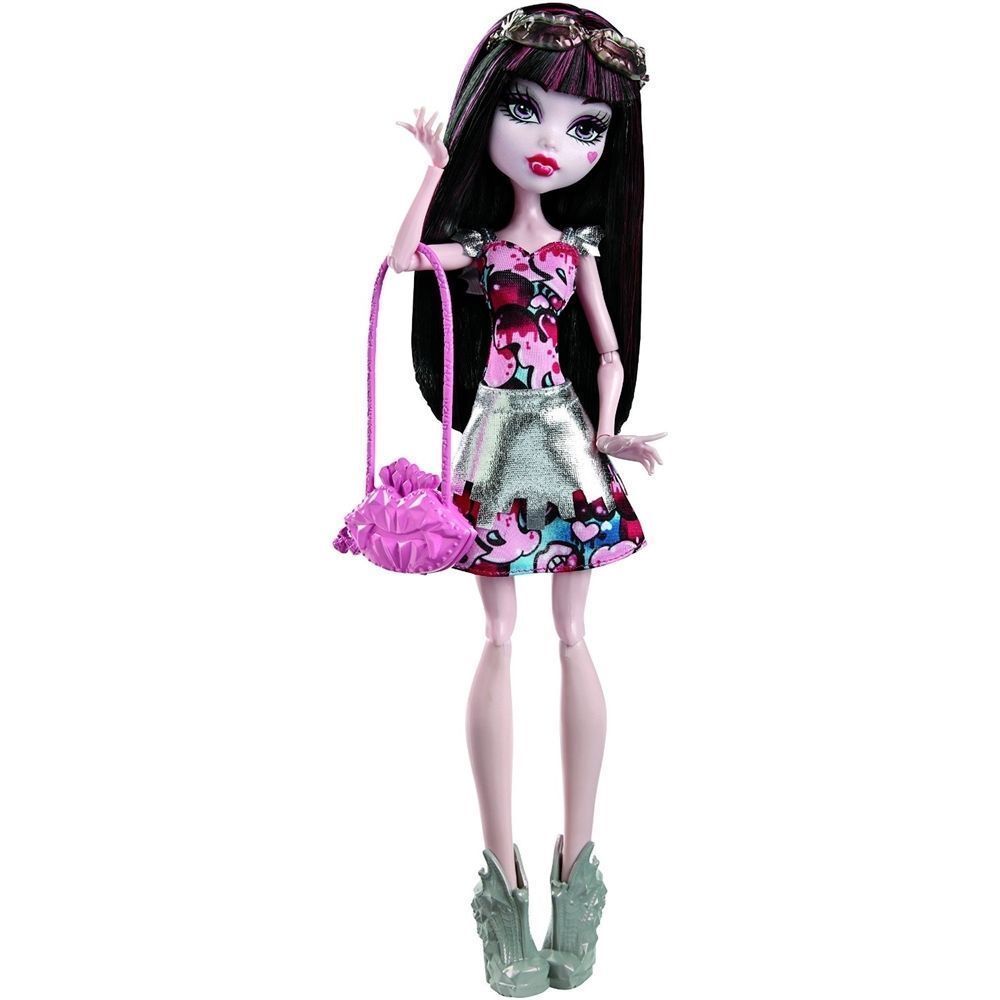 Monster High is a doll franchise that blends old school horror and science fiction with modern high school life. The characters of Monster High are generally represented as the children of classic movie monsters like Dracula, The Mummy, The Wolfman, The Creature from the Black Lagoon and many others. The appearances of these monsters are crossed with modern high school fashion to create popular and trendy monster girls.

The original run of Monster High dolls consisted of six characters who are now referred to as the u001aOriginal Ghouls. In the books and shows associated with Monster High, they often take the place of main characters. Frankie Stein is the daughter of Frankenstein and shares his green skin, large stitches and neck bolts, although she sometimes covers those with a fashionable scarf. Clawdeen Wolf is the daughter of the Wolfman and has rich brown skin and large flowing hair, as well as pointed ears and teeth. Draculaura is the daughter of Count Dracula, and has many common gothic and vampire motifs such as pale skin and fangs. Cleo de Nile is a 5,000 year old mummy with the appearance and attitude of a teenage girl. She wears wraps that resemble bandages on her arms and legs, and wears heavy Egyptian-style makeup and jewellery. Ghoulia Yelps is a shy and bookish zombie who cannot talk and has pale grey skin. Lagoona Blue is the daughter of The Creature from the Black Lagoon, and has pale blue skin, large eyes and small fins on her legs and arms.

The popularity of the original six dolls led to TV shows, books and many more characters. They share the fashionable style mixed with monster-movie aesthetics. The monsters they are based on include yetis, aliens, ghosts, man-eating plants, skeletons, pirates, robots, witches and more. There are also several based on hybrid monsters or original mad scientist creations, such as Bonita Femur, who is the daughter of a Mothman and a skeleton, and who has large wings made of pink lacy bone.

As well as the original releases, many of the characters have had special editions released with different looks and designs. These include Prom Night themed dolls, neon colour schemes, music festival and party themes, sports and others.