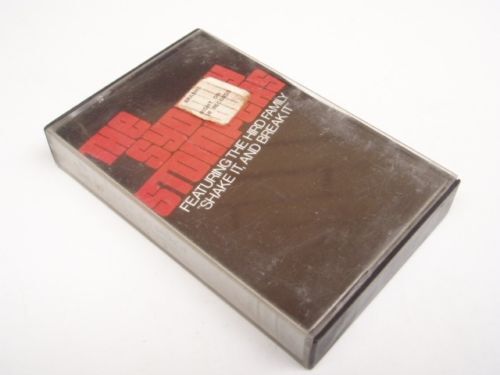 There was a point in the 2000s when music cassettes seemed absolutely obsolete. After music CDs and DVDs were introdcued in the 1990s, cassette tapes became less and less popular, until it finally got to the point where they were no longer in production. In more modern times, used cassette tapes are widely found for sale, bringing back some nostalgia for some. New cassette tapes are also being produced, as they are seeing a resurgence of popularity.

Tapes were popular between the age of vinyl and the 8-track player but before CDs. Nearly every new car had a cassette player with different features such as auto rewind for convenience. It was also relatively easy to copy tapes as well, with players that featured dubbing and high-speed dubbing. These days, both new and old cassettes still work with any type of player as long as they are in good shape. While few car stereos still have a cassette player, cassettes can easily be enjoyed at home or on a boombox.

Retro music that is on cassettes is becoming more and more popular again as well. Genres such as 80s hair metal, early rap and hip hop and classic rock are some of the most sought-after genres on cassettes. You can also find later compilations of 1950s and 1960s rockabilly and rock on cassette as well. While you can buy some cassettes new, many rock music cassettes are used and sold by the original owner.

If you still own a VCR, there is plenty of music and rock concerts still available on VCR as well. IN fact, you may find an old concert or show that never made its way to DVD or Blu-ray, offering you a special piece of history. If you have a VCR and DVD player or just a sole VCR, it’s worthwhile to keep them around just to view older music.

Just like with any type of music purchases, you’ll find the cassettes and artists you need by shopping by genre. Popular genres of cassette music include rock and metal, grunge, rao and hip-hop and pop. You can also find some classical and jazz options on cassette as well.