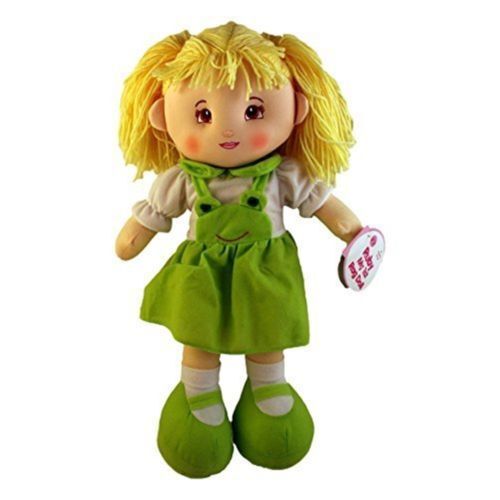 A staple of the 1980s, My Child dolls were dolls made by Mattel. Part of what made the dolls so special was their soft, lifelike skin. The draw of the dolls was that every little girl could have a doll that looked just like her. Similar to Cabbage Patch Kids, the toys were highly in demand throughout the 1980s but by the 1990s were no longer being manufactured. Today, they are highly collectable to doll collectors and dolls still in good shape can easily be re-loved and reused as toys.

The first set of dolls were primarily made in the United States and even though the dolls were meant to match “every little girl”, there were not a lot of ethnic variations. Many of the original dolls have blonde or strawberry-coloured hair, and had blue or brown eyes. Each of these dolls also came with a real Pampers diaper, hairbrush and special outfit.

As it was soon apparent that this doll did not match every girl on the planet, many ethnic variations of the original doll were made. Similar to the first “American” dolls, these dolls were now Asian, African-American, Native American and Hispanic. These dolls had different colour options when it came to eye and skin colour, such as black- or brown-coloured eyes, or brown hair or skin. These ethnic variations were manufactured throughout the life of the dolls.

As the dolls gained popularity, Mattel also made a series where the doll was a “pet.” For instance, the doll may resemble a little blonde girl with blue eyes but it now would have puppy or kitty ears. These pet variations also came with special accessories. Known as My PET, these were available as puppy, kitty, bunny or bear with different ethnic variations.

One of the most popular attributes of Mattel vintage and antique character toys was the clothing and accessories that came with the toys and the My Child toys were no different. Today, vintage My child outfits command a high collectable value. Facebook groups and other manufacturers still make handmade clothes for My Child and My PET dolls. Having an original doll with original clothing is truly special indeed.