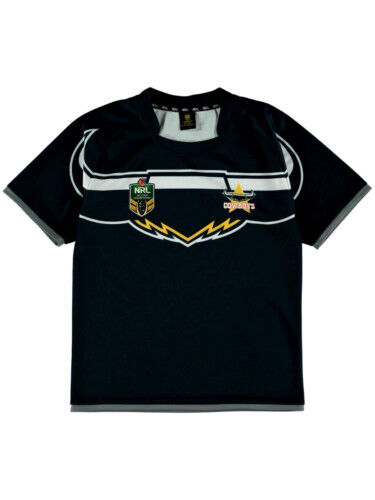 Believe. Belong. Together we are strong. Wear your North Queensland Cowboys jersey with pride, available right here on eBay. Rugby League jerseys and other NRL clothing are the perfect way to honour where you come from, display your team passion, and bring on the premiership win. Wear your North Queensland Cowboys NRL jersey with pride and show your support for JT, Taumalolo, and the rest of the team.