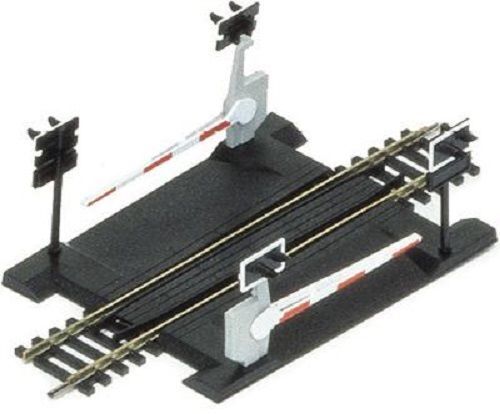 One of Britain’s most established model train manufacturers, Hornby dates back to 1901 and is still making high-quality OO scale model trains and train tracks today. They are one of the most popular brands amongst collectors for their steam and diesel locomotives, passenger cars and wagons, with a range of straight, curved and switch tracks to get your trains on the rails.

Established in 1946, PECO has dedicated their attention to manufacturing high-quality tracks for model railway enthusiasts. They began creating individual component parts but this has since evolved into a whole range of OO ready-made tracks with fibre sleepers. Their Streamline range has become one of the world’s leading brands for OO scale model trains with outstanding tracks to construct your dream model railway.

German-based company Märklin was first established in 1859 when it began making doll house accessories, but today it is model railways and technical toys that are associated with the name. The Märklin system of train tracks uses a technique whereby the third rail is concealed in the roadbed with only small studs protruding through the track ties and the two outer rails are connected to one another electronically.

While you can purchase individual train track parts to complete your model railway or replace broken parts, you can also find affordable train track sets if you’re just starting out. Look for model train track sets from Hornby, Bachmann, Tri-ang and PECO, as well as Dapol and Wrenn Railways.