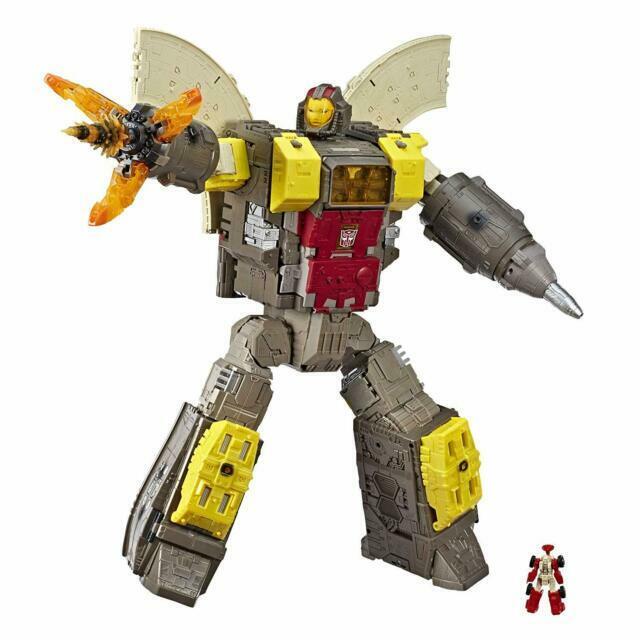 Whether you are looking for the perfect gift to keep your little ones entertained, or perhaps you are looking to start or expand your personal collection of Hasbro merchandise, Omega Supreme Transformers and robot action figures may be just what you're after. With so many different types of action figures to choose from, eBay is a great place to find excellent new additions.

If you love to play, these figurines allow you to spend hours creating the ultimate matchups. Let the imagination run wild as the Autobot counter-resistance takes on the Deception resistance army. All the while, the unyielding Autobot city defender and captain, Omega Supreme, waits. This is what these figurines are all about. And whether you're a collector, or you're looking for a gift for kids who love to play, Siege fans can plunge headfirst into the epic fight to survive!

The Transformers is part of the mecha toys line, produced by Japanese company Takara (now known as Takara Tomy) and American toy company Hasbro. It was originally part of a line that was rebranded from Takara's Diaclone and Microman toy lines, which came from the success of Transformers Generation 1 media franchise.

The action figures relate to the “stars” of the science fiction action films that came to big screens. Five films directed by Michael Bay helped usher in millions of new fans around the world.

If you're buying for the kids, keep in mind these products are generally not suitable for children under the age of 3 due to small parts.