Save on Penn Fishing Reels 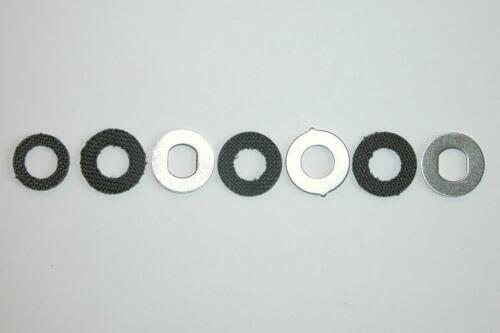 The Penn Fishing Tackle Manufacturing Company was founded in 1932 in Philadelphia, Pennsylvania. The company started off purely designing and manufacturing fishing reels, and by the end of the 1970’s they had over 150 reel designs in production. While Penn also produces rods and tools today, fishing reels remain their primary area of focus. They are especially famous for their Penn saltwater fishing reels such as the Senator, which first launched in 1936 and is designed to take on even the least cooperative fish.

Penn produces three major types of reels. Conventional reels like the Warfare are the most mechanically simple as they have fewer moving parts than other types. This reduces the risk of reel failure when fighting to land a fish. It also allows you to pack more line onto a given weight of reel compared to a spinner. However, while experienced fishermen can get more casting distance out of a conventional reel, a less experienced user can quite easily get the line tangled. Penn spinning fishing reels like the Spinfisher are more user-friendly during the cast, as they don’t require you to manually let out line and resist backlashes extremely effectively. While line capacity suffers, a high-quality spinner still provides more than enough strength to land big fish. Finally, baitcast reels like the International are less common but still have dedicated fans. While more susceptible to backlash, the roller-less winding design allows the use of heavier line than a spinner. With some practice, they also allow an extremely accurate cast.

Penn fishing reels contain a number of useful technological adaptations designed for easier, more effective fishing. Instant anti-reverse technology, as found on the International, prevents the wheel from turning backwards in order to instantly apply drag. Some spinning reels like the Torque II and the Slammer feature sealed bodies rated to IPX6 in order to keep water out of the workings. Some premium reels also come with Dura-Drag, an advanced material used to built tougher drag systems and so reduce the chances of failure when battling a fish with a lot of fight in it.

A Penn rod is a great match for Penn fishing reels. Penn sells both casting and spinning rods in a wide variety of lengths and materials. Penn rods range from extra light to extra heavy, ensuring that there is something suitable for almost any kind of fish. They also sell designs optimised for boat, inshore, trolling, jigging and surf fishing. Penn combos allow you to buy your rod and reel at the same time, making it easier to get started.