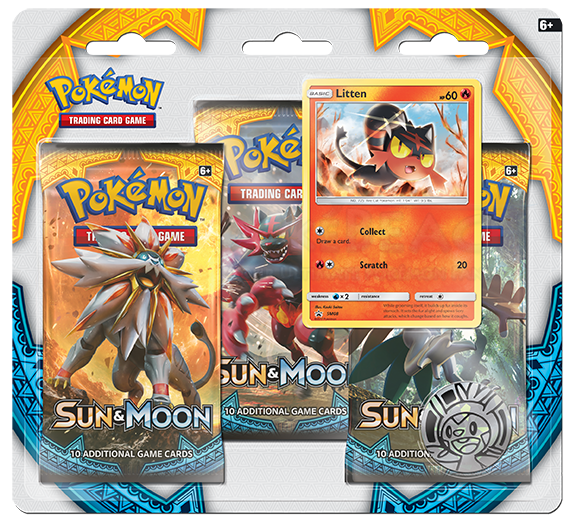 For fans of the Pokemon game or TV series, collecting Pokemon cards is a natural extension of playing Pokemon. Not only is it fun to keep and trade cards, but there are games you can play when you have sets of cards as well as expansion packs. These Pokemon sealed booster packs work alongside other cards to enhance your collection as well as increase gaming options, giving you more choices for card games with your fellow fans and friends.

Though the characters and storylines remain the same, different manufacturers produce Pokemon trading card game cards and merchandise. Some of the most well-known purveyors of these products include brands like Konami, Nintendo and Bandai, but youll also see cards crafted from Fantasy Flight Games and Topps. These known toy and card brands bring collectors the highest-quality cards and sets. Some brands put out limited edition sets, while others may only release cards in a specific series or from one set era.

Pokemon booster packs typically come in sets, and each set has its own name depending on the game. Evolutions Pokemon sealed booster packs mimics the look of the first trading cards, bringing fans a look at what a classic card set featured. Other sets to consider based on series include Diamond & Pearl packs, the XY Trainer Kit and Sun and Moon booster packs. These cards expand upon other packs, so they work well with other Pokemon card sets you already have, creating more cards to play with and featuring a variety of beloved characters from the series. If youre looking for cards from a specific set, its easy to find exactly what you seek based on the name of the series, such as Black & White or Ancient Origins. You can purchase single packs by themselves, or get more for your money by buying an entire box of sealed packs, since each pack typically contains 10 trading cards.

Though most booster packs simply come with cards, you can purchase boxes that feature much more than basic booster cards. A box may focus on one series or even a particular character and bring you a host of matching products, such as limited edition foil cards, promotional cards, booster packs, a pin and an oversized card, which makes an exciting addition to your trading card collection. Small toys and items such as coins enhance these packs even more. A pack with booster cards and other trading card goodies makes for a great gift for a Pokemon fan or a gamer who obsesses over one character or series of cards.

When you add booster cards to your collection, they work with your other cards to customise your decks. You can receive new powers from boosters, different characters or updated abilities. You can also choose to add strength and power to the cards you already have on hand. Each sealed booster pack typically includes a rare or limited edition card, such as a foiled card, and some packs feature digital codes you can use to play Pokemon card games on the internet.