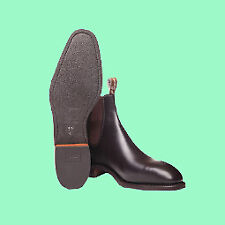 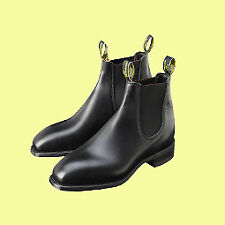 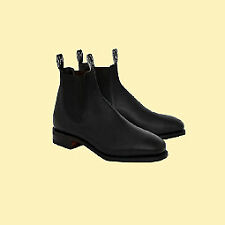 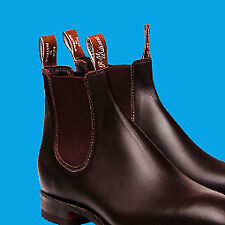 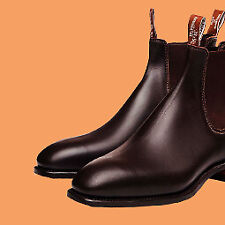 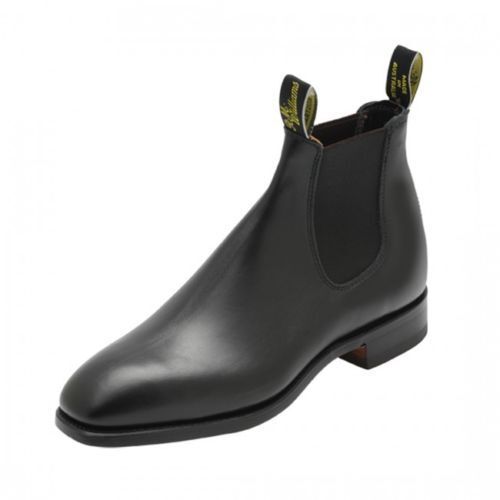 You simply can't destroy R.M. Williams. These boots are made for people who expect them to last a lifetime.

R.M. Williams is not just the most famous Australian boot, it is an iconic piece of true blue Australiana. If you're a male who was born in Australia, you either own a pair of R.M. Williams boots, or your father does. And if no men in your family owns a pair, your citizenship is instantly revoked. R.M. Williams is so Australian that they even outfitted our Australian army with 1000's of black Craftsman boots to be worn during military parades.

R.M. Williams has become one of the best-known and well-loved footwear brands on earth. Originally built for the rugged and unforgiving Australian outback, these iconic boots were synonymous with people who lived and worked on the land, until suddenly they were also worn by people living in the city who worked in offices and wanted to give the impression that they could break in a wild brumby if they needed to.

Despite the timeless Australian roots, the footwear has always had a serious appeal outside of the country. R.M. Williams boots are worn by literally millions of people every day, including some of the most famous people around the world. Plus, they've got a shopfront in downtown Manhattan, and Bill Clinton even wore a pair of these boots to his second inauguration.

Boots made by R.M. Williams are truly set apart from their competitors by their aptitude for leatherwork. Constructed with a production technique that uses single piece of leather, the upper of these boots have an enhanced durability which creates a clean and timeless look, and it remains a staple of their boot styles today.

Reginald Murray Williams was a pioneer settler who was born in 1908 grew up working with horses and living a quintessential outback life in South Australia. The Australian stockmen he worked with recognised him as one of their own, as a camel man, a well sinker, a stockman, and a workmate.

A passing horseman known as Dollar Mick taught RM his leatherworking skills somewhere in the Flinders Ranges in 1932, and soon after he began producing leather goods. Two years later in 1934 RM opened up shop at his father's shed in the suburb of Prospect, Adelaide, which still remains one of their retail outlets today, as well as home to R.M. Williams Outback Heritage Museum. The company produced a wide range of leather goods, but it was their range of riding boots that was having the most success.

By the 1960's, the R.M. Williams biannual catalogue was one of Australia's most sought-after publications, which had a wide range of boot styles available inside, as well as apparel like the new slim-fit Narrow Cut Stockman's jeans.

While RM remained an invaluable information source on everything from working with leather to retaining their trademark dedication to ruggedness and individuality, he began stepping back from the business during the 1980's. Eventually he sold the business in 1988, and a year later in 1989 the first R.M. Williams store was opened in London.

RM was honoured with a state funeral when he passed away aged 95 in the year 2003, leaving behind an incredible legacy. R.M. Williams continued to expand, with a network of over 50 retail stores while the product range was also diversified.

With investment from Louis Vuitton as well as their other new investment partner Hugh Jackman, R.M. Williams continued its drive towards the original vision of creating a truly global brand that reflected its iconic status. The brand identity was then updated to maintain authenticity using a typeface which was inspired by those original catalogues of the 1940's, as demand for their footwear and leather craft as well as global sales continue to grow internationally.

R.M. Williams created their first men's boots in 1932, and those legendary RMs are still manufactured by hand today in their Adelaide workshop. RM boots have been perfected over 9 decades and created masterfully using a single piece of premium leather. They're built to last, whether you are droving stock across the wild Australian outback, or simply going on an urban weekend adventure.

The legendary R.M. Williams Comfort Craftsman boots for men have become synonymous with that true blue can-do attitude of those honest, hardworking Australians, whether they are from the outback or the big smoke.

One of the 3 main styles of Chelsea boots on offer from R.M. Williams, the main difference between the Comfort Craftsman and the other 2 is the sole. The leather sole is meant to have a dressier look while the Dynamic Flex of the Classic Craftsman has a combination leather and rubber sole which makes it more comfortable, hard wearing, and is meant for all kinds of everyday wear.

The upper of these boots is made from one piece of whole cut leather which is stitched together at the back so there are no side seams, which adds to its clean look. The leather itself is yearling which means that the cow was one year old when it was slaughtered. That means that it's not quite steer and not quite veal, which makes for leather that is more masculine than calfskin but so much softer than cowhide.

The R.M. Williams men's shoes include a range of styles for every occasion, from evening drinks to casual weekends, and office meetings to business lunch. Choose from the classic Cadwell loafer or the Kintore lace-up brogue, a beautifully crafted and perennial classic available in new burnished seasonal shades.

When their product lines were in the process of being updated, R.M. Williams added their new Adelaide boot for women. Inspired in part by the original equestrian Wimmera boot which was created over 20 years ago as the definitive jodhpur boot for women, The Adelaide provides women with an elegant and lighter alternative to the original Craftsman.

Shop the range of R.M. Williams boots, shoes, and other accessories available on eBay.

Enjoy now and pay later with Afterpay at eBay. Shop for R M Williams men's boots for gorgeous leather boots in a variety of styles. Simply select Afterpay as your payment method at checkout.