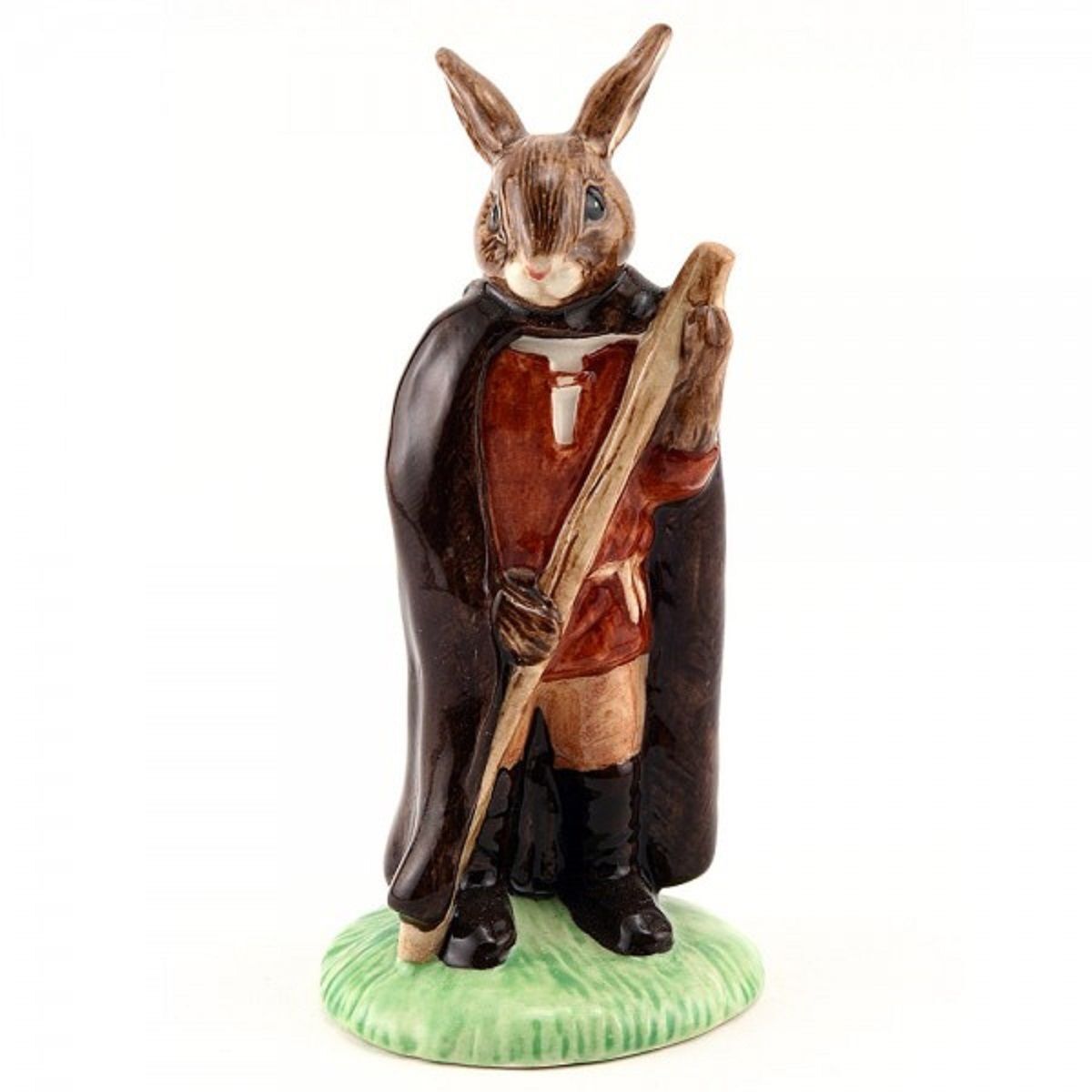 Revered for their reputation for fine quality, Royal Doulton pottery and porcelain tableware and collectibles began in England during the early 1800s. “Mr and Mrs Bunnykins” items were first released during the 1930s. The original illustrations of bunnies humanised in clothing and everyday life were the inspiration of Barbara Vernon, the daughter of a Royal Doulton employee. The basis of Barbara Vernons Bunnykins illustrations and characters adorned pieces until the 1950s and her name is on items released in that period. Royal Doulton production halted in England during World War II. Bunnykins manufacturing resumed a few decades later in the 1970s. Royal Doulton has continued their range from China since the mid-2000s.

Since the original family of six Royal Doulton Bunnykins figurines released in 1939, there have been around 400 different Bunnykins figurines produced. Dressed and modelled to celebrate and commemorate special occasions, regions and countries, professions, seasons, musicians, sports, and royalty, they really are a collectors delight. Royal Doulton Australia’s creations include a few uniquely true-blue Aussie styles. The Aussie BBQ tableau setting comes complete with picnic table, brick barbecue, snags, an esky, and a cricket bat. Other Aussie icons to look out for adopted by Bunnykins include the Sydney Harbour Bridge, the Great Barrier Reef, and Aussie Rules. To celebrate Aussie vernacular and culture there’s jackaroo, a crocodile hunter, Ned Kelly, Waltzing Matilda, a digger, a shearer and a surfer.

Royal Doulton tea sets and nursery sets in the Bunnykins line have shapes to fit an infant’s small hands. Dinner plates, cereal bowls, egg cups and single and double handled cups and mugs give little ones great pleasure to look at, and entice them to eat what is inside. Knife, fork and spoon cutlery sets are easy for young learners to hold. The round and curve of the spoon ends make it less likely food will drop off. Silver or silver-plated sets are available to mark special occasions. Cutlery with melamine handles is practical and ideal for everyday use.