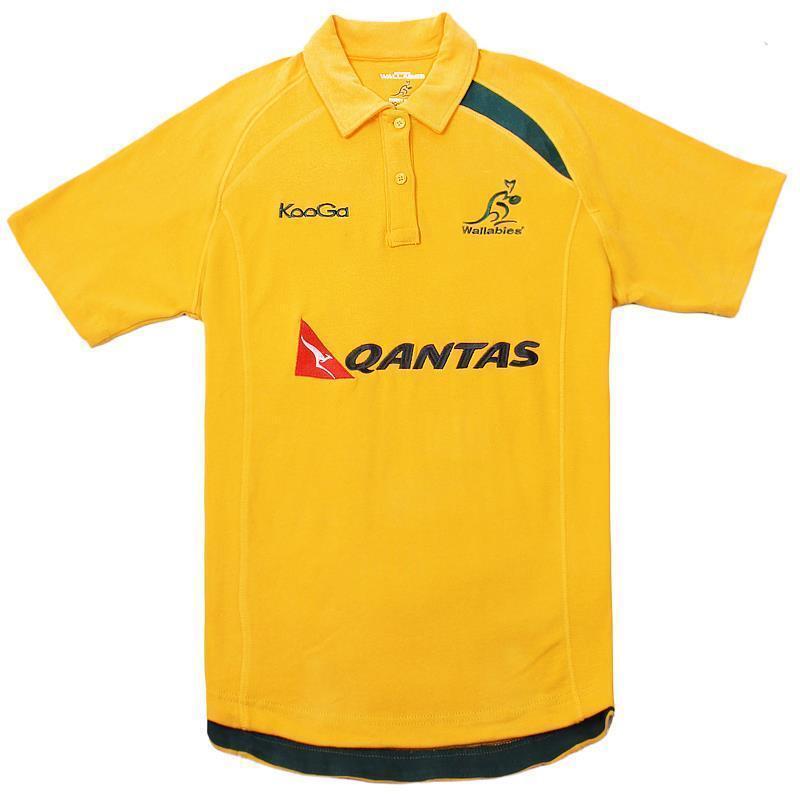 A rugby union jersey is the perfect way to show your support for your favourite club or national team and a great gift for any dedicated fan.

Rugby union jerseys used to be made from heavy cotton that made summer games seriously sweaty. Not any more. The modern rugby union player, or rugby union watcher wearing a replica jersey, pulls on a top made from advanced, lightweight and stretchy synthetics. Replica and matchday jerseys feature moisture-wicking technology that keeps you cool and dry whether you’re chasing after the ball yourself or watching the game while lounging in the sun. Supporter jerseys often fit a little looser than the ones the pros wear, though.

Wearing your favourite team’s jersey is the perfect way to show where your rugby loyalties lie. Every major rugby union team in Australia sells jerseys in its own home and away colours, from Super Rugby giants like the Waratahs to teams playing in all of Australia’s state-level rugby union leagues. National team merchandise and memorabilia is also available, so you can wear the green and gold with pride in your very own Australia Wallabies jersey.

As good as the modern rugby union jerseys look, there’s something to be said for the classics. Some of Australia’s rugby clubs go back over a century, so there are a lot of vintage jerseys to choose from. It’s a good way to relive the last time your team won a trophy. It’s also the only option if your favourite rugby union team is no longer playing, like the much-missed Sydney Stars. Real superfans can go one better and pick up a signed team jersey.

If you want to play rugby union, you can’t play in just a jersey. Other essential rugby union equipment includes shorts, studded rugby boots and of course a ball. While you don’t necessarily have to wear a mouthguard, it’s still a really good idea if you want your teeth to stay in their proper places when you’re flattened by an 18 stone prop. If you’re just looking for memorabilia, there are also a lot of options beyond vintage jerseys. Match programs, team photos and signed rugby balls are all great souvenirs for dedicated fans.