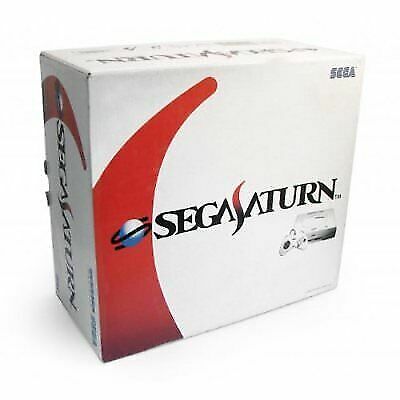 Because of fierce competition with a rival game console, the Sega Saturn gained fame for its release ahead of schedule. It offers a retro feel and delivers a genuine, classic gaming experience with a number of memorable games and features.

The Sega Saturn is a 32-bit compact disc-based system with a dual CPU and eight processors. Its multi-processor system was programmed similarly to Sega’s 3D arcade games which were designed around the same time. The video game console accepts both CDs and cartridges; however, the cartridge slot was originally intended to provide backup memory to extend the space for saving games beyond the capacity of the Saturn’s internal memory, rather than to insert cartridge games themselves.

The Sega Saturn features a multiplayer function with two controller ports, each with nine buttons. Sega also designed a 3D control pad for the console that was later released with the game Nights into Dreams. This version came with an analogue stick for a new gaming experience.

Sega Saturn games come in CD format, while its game library consists of several arcade ports. Some of Sega Saturn’s most well-known and popular games include Nights into Dreams, the Panzer Dragon series and the Virtua Fighter series.