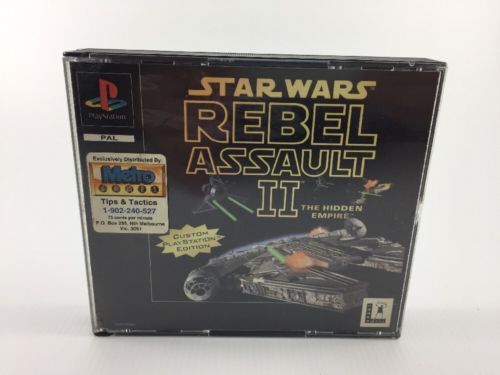 It’s been over two decades since the first Sony Playstation hit the markets, but there are still plenty of games that were created for that platform that are very fondly remembered indeed, like Final Fantasy 7, or Metal Gear Solid. For many of these games, owning an original Sony Playstation and scouring the Internet for a second-hand copy is the only way to ever play them, as they never made the jump to a more modern format. Perhaps you have fond memories of playing these games in your childhood that you’d like to relive, or share with your own children. Or perhaps you were too young, or just never had the opportunity, and would like to play these classic games, the sequels and spiritual successors of which are still around today.

The whole Playstation 1 library is at your disposal, and some of these games are older than some people you might know. The Playstation 1 had critically acclaimed games in all genres, but it chiefly stood out in the roleplaying games for the Sony Playstation 1 department with several entries into the Final Fantasy series, and the crowded action and adventure games for the Sony Playstation 1 with greats such as Metal Gear Solid, Metal Slug, and Resident Evil. The Playstation’s hardware was powerful for its time, and enabled unprecedented progress in terms of how much could be rendered on screen at the same time. Even so, several games owe their more remarkable features to the Playstation 1’s technical limitations, such as with Silent Hill’s mist, or Metal Gear coming up with the idea of a stealth game.

If you want to get anywhere with these games, you’ll need more than just the grey brick that eats the disc. Controllers and memory cards are essential. The controller is obvious, but the memory card might not be to some. The Playstation 1 has no internal storage memory of its own, and if you expect to save your progress at all you’ll need to outfit your console with a memory card.