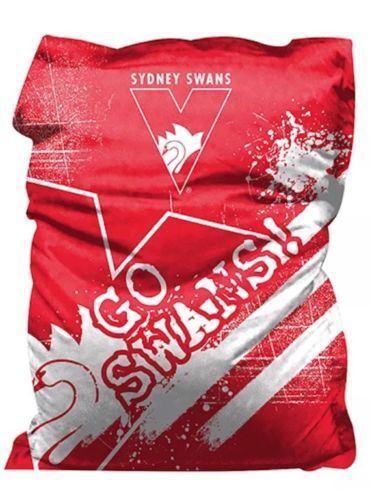 Based in Sydney since 1982, the Sydney Swans have become one of the AFLs most-loved teams with legendary players and sporting icons having worn their red-and-white guernsey. Fans can collect a range of AFL memorabilia honouring the club, including signed team posters, guernseys, and football boots, as well as photographs and newspapers celebrating their milestones. Whether you want something to remember their 2005 premiership season by, or a rare, vintage piece, there is a whole range of memorabilia from which to select.

Collect football cards signed by your favourite players and genuine team guernseys with a range of Sydney Swans 2000s AFL memorabilia. There are photographs and newspapers commemorating their premiership win in 2005, as well as hand-signed prints celebrating Sydney Swans player landmarks, such as Tony Lockett kicking his 1,300th goal.

In 1982, the team relocated to Sydney and became the Sydney Swans. While AFL team memorabilia wasnt manufactured in the quantities of the following decades, you can still find a selection of badges, mugs, and even beer cans dating to the period.

Avid Sydney Swans fans can look for rare, vintage memorabilia hearkening back to the teams early years in the AFL and as the South Melbourne Football Club before they relocated to Sydney. From black-and-white team photos dating to the VFL days to vintage pub mirrors and posters signed by the larger-than-life player Warwick Capper, theres a great selection of vintage pieces to add to your sports or trophy room.