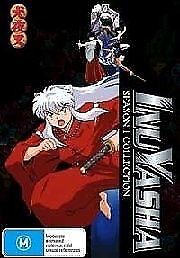 Can’t get enough of your favourite TV series? Purchase the full box set to ensure you’re never short of episodes to watch. Box sets can make a really good aesthetic in the home when displayed as part of a larger entertainment collection. Often box sets of DVDs or blu-rays come to be uniquely quirky which can be fun to open up and share with friends and family.

Both films and TV shows are of better quality when viewed on DVD or blu-ray than they are streamed over a network. The sound is enhanced and graphics are often in full HD giving a realistic and engaging experience to the viewer you can’t at home any other way. You can especially notice the difference with DVD or Blue-ray movies when using high definition smart televisions, or with a surround sound system.

There’s nothing like a marathon run of your favourite DVD or Blue-ray comedy series to get you out of a fowl mood. Series including Arrested Development, I Love Lucy and The Office are renowned for their timeless scripts and are sure to entertain for many years to come.

A dramatic DVD or Blue-ray box set will fully enthrall you; series including Breaking Bad, Greys Anatomy and The Wire will leave you begging for more. Don’t torture yourself, just buy the box set and you’ll never be left on a cliffhanger again.