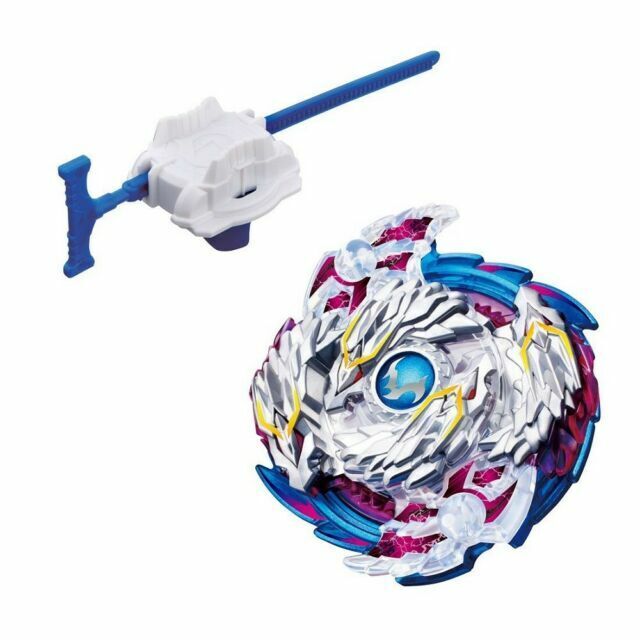 Based on a Japanese series of manga that was later made into both anime and films, Takara Beyblade toys are an enjoyable way for fans to express their love of the characters and storylines depicted in the series. These kids toys span multiple types, including Takara Beyblade launchers, the iconic spinning tops and boosters, as well as special Beyblade toys and sets. Users combine the toys to create their own Beyblade games where they can compete against other players.

What Are Some Beyblade Toy Types?

When it comes to character toys, Beyblade has a wide variety to offer, as well as special editions and sets that players can use to start or enhance a collection of toys. Beyblade toys mostly comprise tops, which look somewhat like discs and are set free by the force of a launcher. These discs come in assorted colours and designs to represent several types of play. Some discs are meant to attack other discs, while some are meant to be defensive pieces. There are also balance as well as endurance Beyblade toys. Players should choose the specific disc required to for the particular game and opponent at hand to organise the best method of battle.

Whats in a Beyblade Starter Set?

An effective way to get started when it comes to collecting these types of character toys is by investing in a starter set. A starter set comes with everything you need for basic gameplay, including a stadium arena (called a Beystadium), which is where the discs are launched, as well as two discs and accompanying launchers. Since the discs that come with a set may be characterised by the type of set, such as an Attack set featuring Attack discs, players will want to collect many types of discs to vary their gameplay. These sets are recommended for children ages eight and up.

What Are Beyblade Boosters and Bursts?

When shopping for Beyblade toys, youll see boosters come up frequently. Boosters are usually collectible, rare, and sometimes random discs that come sold separately from launchers. Boosters can be used during play, but theyre also highly collectible for fans of the series. Some boosters are only compatible with Burst toys, which is an expansion of the original Beyblade series and corresponds to an altogether newer line of Beyblade character toys. A distinct feature of Burst discs is that upon impact, they fall into pieces or "burst," which makes them very different from original Beyblade discs.