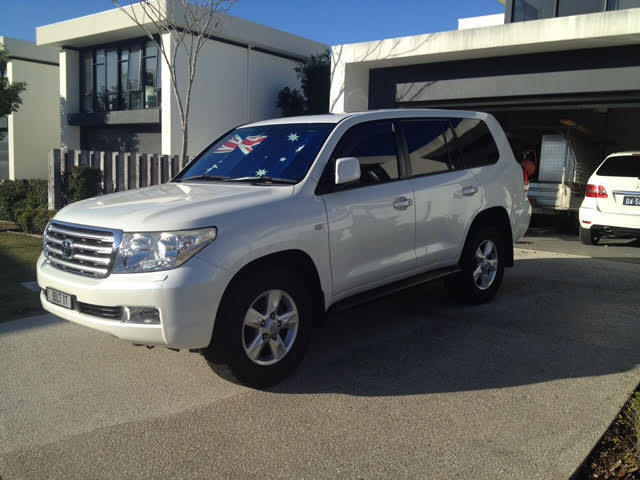 Replacing its popular 100 series predecessor, the Toyota Landcruiser 200 series debuted in 2007 with a completely new chassis, strengthened suspension and under body components, plus improved safety protections for occupants. Every bit as capable an off-roader as the 100 series and 80 series before it, the 200 series ditched traditional Landcruiser tough looks in favour of more road-going vehicle aesthetics. Whilst not the cheapest 4x4 vehicle when brand new, thanks to the many pre-owned bargains listed on eBay for significantly less, you too can enjoy the Landcruiser legacy and reputation as one of the toughest and most capable off-roaders.

The base model GX came with steel wheels, vinyl flooring and fitted with a snorkel as standard equipment, making it particularly well suited to off-road or dirty work without worrying about messing up the niceties of higher models, such as the GXL - likely the most common model youll come across. GXL 200 series came with the option of improved suspension, eight seats instead of five, allow wheels, a reversing camera with sat nav, climate control and eight seats. At the upper end youll find the VX model which incorporated even more options - leather in the seats, both front and rear parking sensors, a sunroof, electric seats and automatic wipers/headlights. At the top of the range is the Landcruiser Sahara, notorious for bringing luxury to the off-road experience, with everything you can expect to find in road-going European luxury vehicles.

With a choice of petrol V8 engine coupled to a five speed automatic transmission, or diesel V8 and turbodiesel V8 engines partnered with six speed automatic transmissions, 200 Series Landcruisers are not short on pulling power. With more low down torque, the diesel engines are arguably better suited to towing and low speed off-road duties, whilst those after more go on the road will likely find favour with the petrol engine.

If youre finding the 200 series to be out of your price range, you may want to consider an older model of Landcruiser, which are all well-featured and capable 4x4 vehicles. if youre into the retro, some of the more collectable cars from the Landcruiser range,such as the 40 and 60 series might be worth a look.