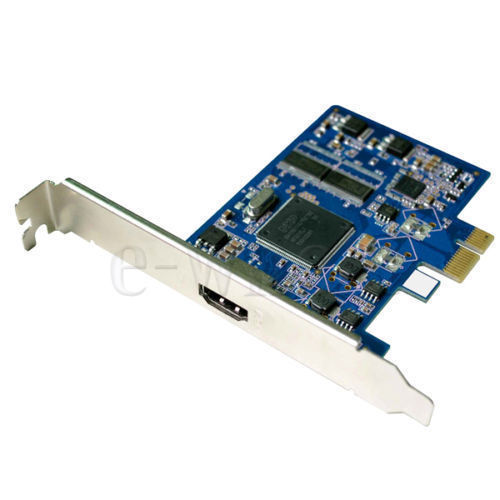 TV tuner cards allow computers to receive television signals. These can also function as video capture cards, which work much like a DVR, able to record shows onto a hard disk. The most common type of video capture TV tuner cards work with PCI interfaces. These are able to record both HD and SD video. Additionally, there are variations of PCI tuner cards with faster speeds. They also pair together to create a hybrid tuner, where you have analog and digital capabilities. With hybrid tuners, you can watch analog and record digital or vice versa. Furthermore, some TV tuners can also broadcast FM radio frequencies, serving a dual purpose as a television and radio.

A slight variation from the original mini PCI video capture TV tuner cards go with laptops but serve the same purpose. Smaller than regular PCI video capture TV tuner cards, mini PCI cards fit within the mechanics and specifications of laptops. It uses less power, as there is less work that needs doing while transferring the video, making it more energy efficient. However, the images are high quality, with very little excess feedback or interference.

DVB-T is another form of data transmission and stands for Digital Video Broadcasting - Terrestrial. It is a system that transmits compressed digital data using a complex coding system. People widely use it for newsgathering as a means to transport data and video throughout a network. Worldwide, stations have been adopting DVB-T video capture and TV tuner cards for broadcasting television. While several countries have adopted this type of transmission, it is an intricate way to broadcast television, as you have to time the signals together.