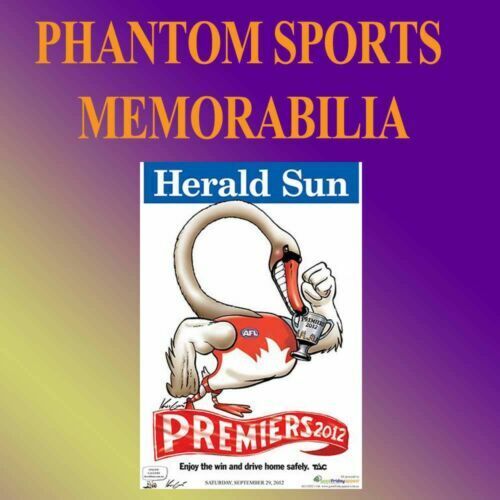 As one of Australias most popular sports, football is a fast-paced game with hundreds of thousands of supporters, and one of the most enjoyable ways to show your love for the sport is by collecting memorabilia. WEG posters are known for their bold, colourful AFL designs drawn by the legendary artist William Ellis Green. Green was known for drawing football posters in his signature cartoon style, and for collectors and football fans alike, his work is highly prized.

One way to search for the right addition to your collection is by browsing teams. You can pick your favourite team, such as the Adelaide Crows, Brisbane Lions or Richmond Tigers, and look for posters depicting the team and its players. Since WEG illustrated sports posters for several years, he had the chance to create artwork for many teams, including the West Coast Eagles, Essendon Bombers, Hawthorn Hawks and Port Adelaide Power, amongst many others. Team posters are often done in that specific teams colours and feature the teams logo or mascot.

Green began designing sports posters for Australian football in the 1950s, which means its easy to narrow posters down by era. Look for some of the most valuable and collectible WEG posters from the beginning, such as the 1950s and 1960s, or search for more modern memorabilia that was drawn in the 1990s and 2000s. Though older posters can be rarer and more valuable, there are assorted poster types in each era that command distinct values based on the purpose of the poster, as well as based on any other telling features. Purchasing a poster by era is a good way to collect posters during a significant time for each team, as well.

You may think all posters are created alike, but thats not quite the case with Australian WEG posters. A limited-edition poster from any era is a worthwhile find, especially if few posters were made bearing one particular design. Some posters were created to commemorate special events, such as premiers and premierships, making them special collectibles. Other posters may have noteworthy designs that differ from other posters, which adds to their value.

You can choose a poster thats already in a frame, or a poster that comes with matching WEG cards for a complete set that looks stunning when framed. Other features to look for when selecting posters include finding a signed WEG poster, which only adds value to any of his signature prints or posters. Some posters are reprints and some are not, which may or may not be significant to collectors seeking certain pieces.