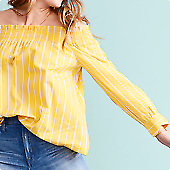 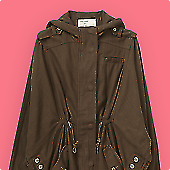 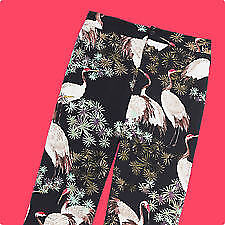 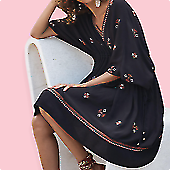 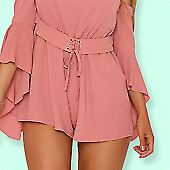 Sass & Bide will have you sparkling like the stars.

From glittering party wear to sequinned jeans, wildly popular fashion label Sass & Bide has won the hearts of celebrities and royalty alike, thanks to the free-spirited confidence of their creations. These days the Sass & Bide team are most well-known for their signature styles of embellishment, which has included everything from seeds to raffia, and teeth, to shells, and even metal.

Sass & Bide was the brainchild of best friends Heidi Middleton and Sarah-Jane Clarke, who met in Australia when they both attended St Aidan's Anglican Girls School in 1992. Sarah-Jane, who was known as Sass, studied at Queensland’s University of Technology in Brisbane and went on to become an accountant. Whereas Heidi, who had the nickname Bide, went to Griffith University as well as the Queensland College of Art in Brisbane, who then found a job as an art director.

The Australian label of Sass & Bide was born not long afterwards in 1999, when the dynamic duo found themselves living in London, selling bespoke jeans and other denim creations at a market stall on Portobello Road Market. Thanks to their initial combined creative vision, their stall quickly evolved from an underground must-have phenomenon into the cult label hailing to international fame.

Returning home to Australia later in the same year, the popularity of their little label experienced massive amounts of growth over the following 2 years, culminating in their first major runway show as part of the 2001 Mercedes Benz Australian Fashion Week. After they debuted their first seasonal collection to the fashion world, Sass & Bide was an almost instant fashion industry icon, with a cult-like following throughout the top international style meccas.

The dynamic designer duo of Sass & Bide went back to where it all began less than 12 months later, when they took part in their first show during the 2002 London Fashion Week. The following year they were one of the few fashion labels to receive an invitation for the 2003 New York Fashion Show, where they returned consecutively for 8 seasons, before ultimately deciding to move back to London for the 2009 show in September for the Spring/Summer collection of 2010.

Sass & Bide were the designers of a denim line exclusively for Topshop in 2008, and 12 months later they auctioned off works of art created by celebrity friends for a one-off charity event that would benefit abused children called the Shine Initiative with Barnardos. Both women from Sass & Bide were announced as dual Australian recipients of the 2010 Veuve Clicquot Business Woman Award.

Sass & Bide have remained one of the most coveted labels in Australia now for 20 years, leading the culture of high fashion with their highly creative designs made for individualistic and bold women everywhere. These days they’re worn by top fashion models on the best runways of the world, from New York to London to Paris. Sass & Bide is certainly is no shrinking violet, but rather they’re dedicated to creating strong, obscure, and beautiful fashion pieces for women everywhere.

It’s now been 8 years since the coolest design duo of the Australian fashion world, Sarah-Jane Clarke and Heidi Middleton, both sold their majority shares of sass & bide to juggernaut department store Myer, leaving many purist fans feeling quite concerned. The design duo stayed on during the transitional phase until New York Fashion Week in 2014, when they said goodbye with their last runway show before disappearing from the spotlight around Sydney’s northern beaches and France respectively for a well-deserved rest with their young families, occasionally re-appearing for the odd event for charity or social function.

Myer has tried a diverse range of creative directors since the brand has been under their helm, unfortunately to much less critical acclaim and zero cool factor, despite ramping up the brand impressively on a more commercial level, with a total of 45 stores with the Sass & Bide name on the door throughout Australia as well as New Zealand.

Drawing inspiration from love, pop culture, and a range of artworks, the Sass & Bide Design Collective is full of creations that bear their trademark flair. The collection features many pieces in classic ready-to-wear style, such as leather, denim, accessories, and exclusive gallery art pieces. It is truly defined by their dedication to women, with a liberating and sophisticated style connected to an ageless spirit of adornment and relaxation.

Sass & Bide fashion has been designed for women who explore their individuality through their bold sense of style, with every piece of fashion they wear. The original spirit of Sass & Bide still lives on today, through the label’s Design Collective who create seasonal womenswear collections. While their designs are like an ode to both liberation and originality, Sass & Bide remain well-renowned for their always creative use of fabric and texture, and the alluring approach to uninhibited embellishment combined with their playful take on prints.

When it comes to innovation of textiles, Sass & Bide use 100% recycled cotton and other recycled materials wherever possible. The brand embraces a diversity of colours, sequins, and metallic hardware while at the same time showing appreciation for the natural fabrics, from denim to leather, and silk to cotton.

Their must-have denim range is a stand out for many, which includes jeans options of high-waisted, cropped, boyfriend, skinny, and distressed, silhouettes, and to complete your collection of Sass & Bide denim, look no further than their denim shorts, miniskirts, and slouchy style jackets.

Alongside their range of day dresses and party frocks, you’ll also find they have everything such as evening tops, knitted jumpers, bodysuits, t-shirts, and tank tops, featuring embellishments that are either over-the-top or suitably subtle.

Known for their stand-out silhouettes that make a statement, every piece from the fashionable Sass & Bide collections delivers something with a sophisticated edge, from cute pants styles to beautiful sequin embellished evening dresses, and sporty chic jackets to basic knit tops, and their highly fashionable trousers and pants.