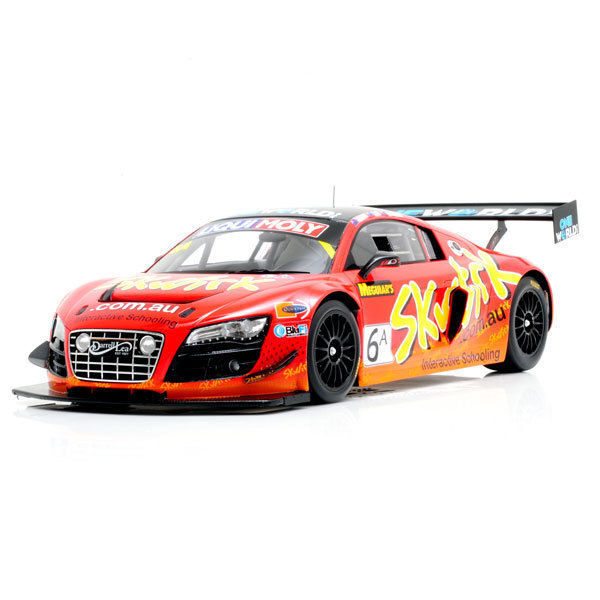 For fans of car racing and collectors of scales miniatures, diecast racing cars are a great opportunity to explore that passion. Across the various forms of car racing, one of the more popular forms of the sport is touring competitions like V8 supercars. Diecast sport and touring cars draw inspiration from famous cars throughout racing history, each rightly belonging in any quality collection.

As miniature models, scale model cars come in a variety of scales, allowing you to find diecast model cars that best fit in with the rest of your collection. Despite their miniature size, you can expect an exquisite level of detail on each of the diecast model cars. What is more, the keen details on the models are designed to be authentic to their originals, down to the colour schemes and placement of advertisement banners.

One of the more popular types of racing sport diecast model cars are those that recreate cars by famous racing drivers. They feature replicas of the cars used to win iconic motorsport races like those won recent years’ races at iconic spots like Bathurst and Sandown. These tribute diecast model cars even have fully detailed and accurate car interiors. There are also diecast vehicles of other popular motorsports such as diecast Formula 1 cars.

While there are plenty of classic scale model cars from the pages of recent Australian motorsport, you can find touring diecast vehicles from the international racing scene across the decades. Whether it’s a diecast model from Le Mans in the 1950s or Daytona Speedway, there are scale model cars commemorating most of the world’s greatest races and racers.

Diecast model cars can also be in the style of a touring car, without necessarily portraying a historical vehicle. Some toy cars like the hot wheels diecast sport and touring cars replicate vehicles in popular movies, like Batman, Ghostbusters and various Disney films.