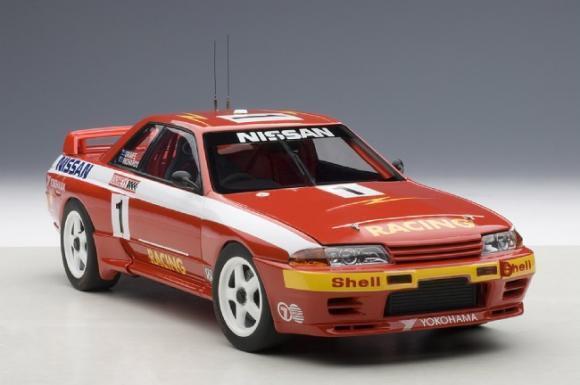 Not all model cars are for children to play with. Some diecast models are specifically for keen collectors. If you decide to start a toy car collection, first decide what is going to be its focus. You could collect certain car makes or cars with a certain colour. Many diecast car enthusiasts also focus on models of a certain scale, such as the 1:18. Another way to approach this subject is to centre your attention on cars that have won a certain contest, such as the legendary Bathurst 1000 race.

The Bathurst 1000 Race is an annual championship event for Supercars, which are touring racecars. As the name already hints, the race itself is 1000 kilometres long. It takes place in the second weekend of October on the Mount Panorama Circuit, which is located in Bathurst, New South Wales. The media and motorsport fans value it highly, and most call it The Great Race. After it first saw daylight in 1960 as the Armstrong 500, the event has become a tradition.

Throughout the years, different cars have won the Bathurst racing event. The first one to win was the Vauxhall Cresta with Frank Coad and John Roxburgh sitting inside. Soon, Mercedes-Benz 220SE followed, succeeded by several Ford cars. When looking at the list of Bathurst winners, it appears that mostly Ford or Holden cars have won, the latter mostly with the Commodore model. You can also spot some BMWs, Hondas, Volvos and Nissans. You can commemorate all of these with a set of Bathurst winners contemporary diecast cars.

One of the most important decisions for any diecast car collector is selecting the scale. This indicator shows how the model car compares to the same car in its real life size. The same scales are used for model trains, for instance, and other models. The 1:18 models are therefore an 18th of the actual size. The smallest is around 1:64 or one 64th of the actual size, so the 1:18 is actually quite large in scale, and the 1:18 scale contemporary diecast cars are favourable collectibles as eye-catchers you can display at home.

Once you have assembled a notable collection of your own Bathurst winners, you may also want to look into some clever accessories that enhance your collection. A display case allows you to demonstrate your model cars and put them away safely. With a display light, you could highlight your cars and create a dramatic effect. Road tape improves friction and looks cool. With garage diorama gear, you can set up your own miniature workshop and shake up the whole display.