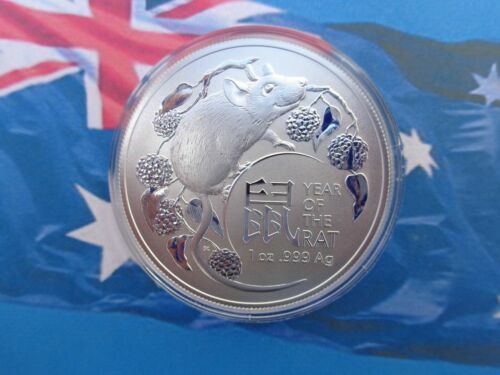 In 1971, the British pound sterling divided into shillings and pence, with additional half-crowns and crown coins. Australia used the same denominational system, with one unique addition: the fifty-cent piece in 1966, which was the only non-commemorative Australian coin to contain silver. However, there have been mints of Australian 1 oz silver bullion coins and rounds since the 60s.

While it may be tempting to employ the "bigger is better" motto when shopping for commemorative coins, there is a very strong incentive to invest in the smaller, single-ounce coins, and you can sum up that incentive in one word: liquidity. When comparing to two, five and ten-ounce silver coins, the one-ounce silver coins have a very large market due to their lower price and wider availability.

There are benefits to buying both certified and uncertified coins. With certified 1 oz silver bullion coins and rounds, theres no guesswork in the grade of the coin; you know for sure your 2013 Kookaburra commemorative coin is .9999 silver. You can also be sure of the workmanship that went into the coin, and if you decide to sell it, its much easier to make a profit.

Uncertified 1oz silver bullion coins and rounds, or raw coins, can be much cheaper than certified options, as occasionally the cost of getting that certification is more than the coins value. Additionally, with older coins like an 1880 U.S. dollar or even a 1982 Mexican Libertad onza, youre very likely to still get problem coins, as the process of authentication has only become more legitimate in more recent years.

The Perth Mint makes many collectible Australian 1 oz silver bullion coins and rounds for you to buy. Theres the Lunar Series, which releases a coin every year depicting an animal according to the Chinese zodiac; there are several coins they mint annually that feature indigenous Australian animals, such as the koala, the kangaroo and the kookaburra.