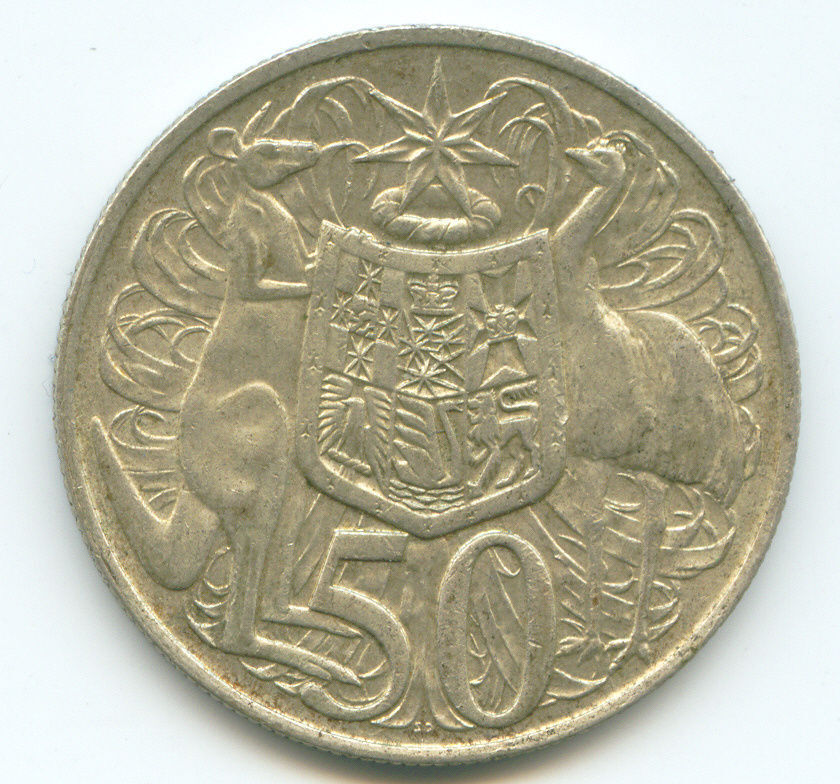 Round 50 cent coins were only issued in Australia for one year in 1966, the year Australia switched to Australian decimal currency. Issued on Saint Valentine’s Day 1966, the fifty-cent coin was the highest coin denomination available for tender in Australia ($1 and $2 coins were not issued in the 1980s). The Royal Australian Mint produced 36.5 million 1966 fifty-cent coins, and 14 million put into general circulation. This exclusive composition, shape and production period make them a keen item for collectors today.

What is unique about the composition of the 1966 Australian round 50-cent coins is that they comprise of 80 percent silver and 20 percent copper. It was due to the rising costs of silver, and the initial volume produced they were only minted during 1966. The value of the silver content quickly became more than the face value of the coin. With the price of precious metals, this is still the case today. Australian Fifty-cent coins were not minted again until 1969. Copper-nickel alloy materials replaced the silver-copper composition. A new twelve-sided dodecagonal shape avoided confusion with other round coins.

The obverse of 1966 round fifty-cent coins features an image of Queen Elizabeth II. The opposite or tails side features the Australian Commonwealth coat of arms and animals native to Australia. This is a shield with the badges of the six states, a kangaroo and emu on either side and a mantle of ribbons. The design is by Australian artist, Stuart Devlin. The original imagery on the 1966 fifty-cent coins remains to this day, aside from commemorative and special issues.

Value of Collecting 1966 Round 50 Cent Coins

Whether you are motivated to buy 1966 round fifty-cent coins for sentimental reasons, or for their bullion value, it can be a win-win. There were high numbers of 50-cent coins produced, so they are easy to obtain and trade. For hobby collections, look for single coins previously circulated or uncirculated. For capitalising on bullion value, look for silver bullion coins. As a precious metal, silver increases in value. With 80 percent silver composition, 1966 Australian 50 cent coins have had a higher bullion value than face value for over fifty years.