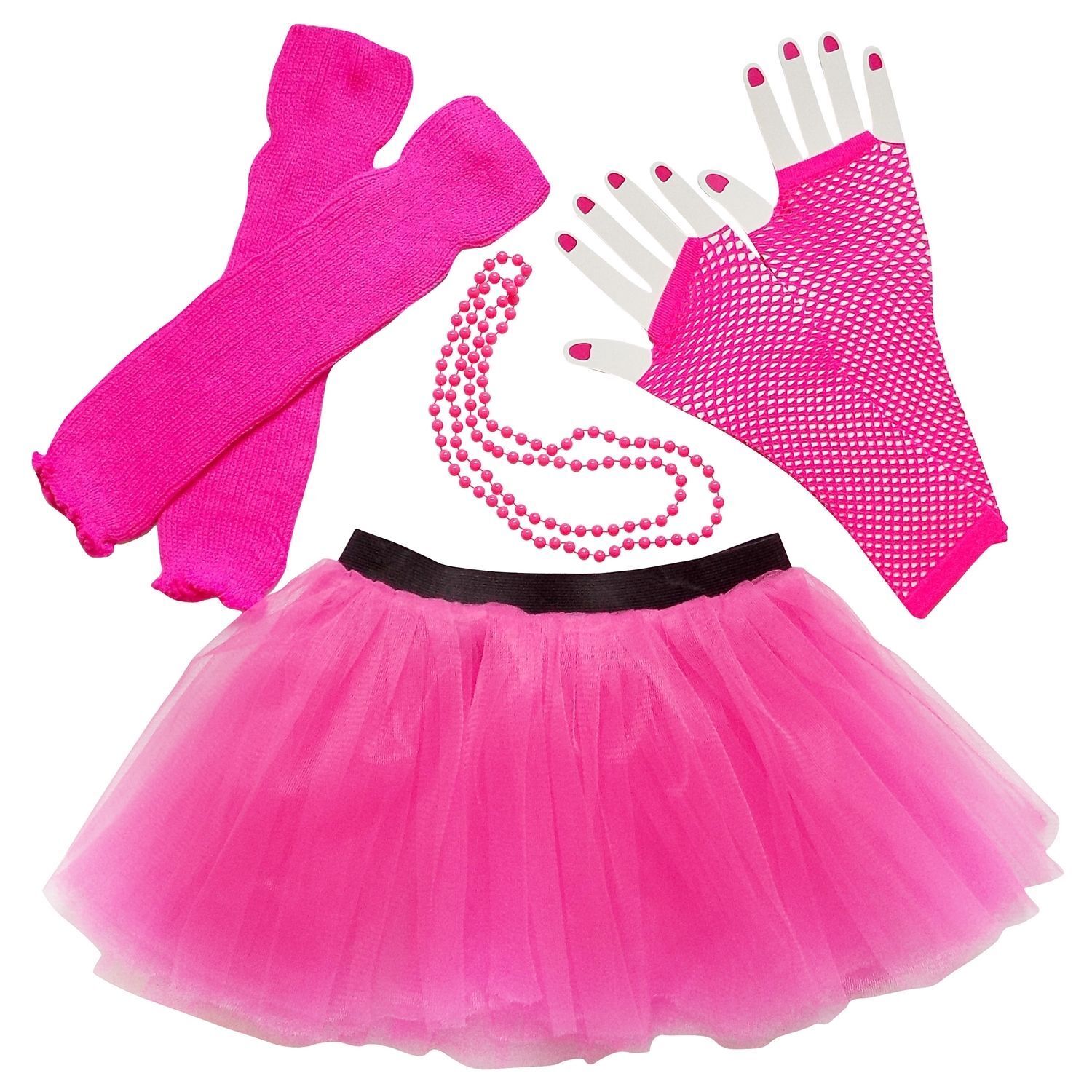 If you are attending a 1980’s costume party, you have to decide which aspect of that decade you plan to represent before you start looking at women’s costumes. For instance, will you be representing disco or hip hop, and are you going for a Madonna look or more of an Olivia Newton John ensemble.

Women’s 1980’s disco costumes will vary and can range from off-the-shoulder blouses and crop tops to neon track suits and tutus. The main thing to remember is that the 80’s was a time of short skirts with leggings coupled with brightly coloured tops and big hair. For the disco look, you could try neon or metallic coloured leggings paired with a 1980’s costume tutu, and do not forget the huge hair bow.

Disco and pop will overlap when it comes to fashion. For pop, think Madonna or Cyndi Lauper and you may once again reach for the tutu and the hair bow, but if you consider walking around with a boom box on one shoulder, go for the metallic track suit instead. These tracksuits are often unisex and are only differentiated by size or colour. But nothing says the 80’s like neon or metallic pink. If you are feeling especially festive, you can also get the hair to match.

New Age 80’s costumes may sound like a contradiction, but these are simply outfits that says 80’s rather than represent them. They are often T-shirts or blouses with the words “I love the 80’s” or some similar representation printed on them. However, if you pair one of these tops with a pair of bright coloured leggings and a tutu, you can go from saying it to showing it.

No costume is complete without the necessary accessories. For the 80’s, the accessories can include the ever present hair bow, long beaded necklaces and bracelets, fingerless hand gloves, and maybe a waist length leather jacket to top it off. If you’re not into the hair bow look, you can try a neon coloured head sweatband and matching wristbands. While you’re at it, also add a pair of matching leg warmers.