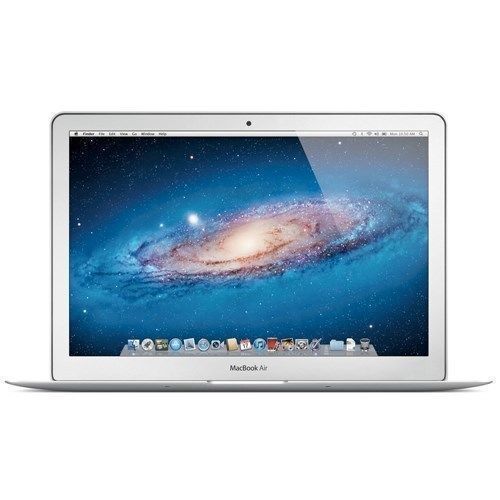 Apple laptops are some of the most gorgeous and powerful laptops available on the market. Macbooks are powerful and efficient devices, and it is so easy for users to fall in love with them with their wealth of features. They are lightweight, thin and stylish devices that pack powerful features. A sleek release from 2013, the Apple MacBook Air runs on great battery power and comes packed with impressive features to set it apart from the classic model.

The best part about the 2013 Apple Macbook Air line was that it started at a cheaper price point than previous models, pricing as much as $100 lower than Apples other offerings in order to expand its reach in the market. It comes in 11 and 13.3-inches models, and they make use of Intel Core 2 Duo, Intel Core i3 and Intel Core i5 processors. Choosing an Apple Macbook Air with an Intel Core 2 Duo Processor works well as a personal computer, handling standard applications with ease. All Macbook Airs have a phenomenal multi touch trackpad and couple with longer battery life. The most sophisticated model in that range is the Intel Core i5 5th Gen MacBook Air, and it remains an extremely popular choice among pro users.

Why Use Apple Macbook Air

Even though a lot of Apple’s competitors are introducing Ultrabooks, the Apple Macbook Air still shines out in the crowd because of its strong and reliable operating system, longer battery life and the easy to use touch pad. Many users also prefer customer service through the Apple store, synching and compatibility with multiple Apple devices and sophisticated interface. Another feature that puts these models above other potential choices is their phenomenal 12-hour battery life, which is truly phenomenal if you spend a lot of time travelling or away from your office.

Even though iPhones, iPads, iMacs and Macbooks are all great looking products, using a Macbook is another experience altogether. The way the Apple Macbook Air can align all other Apple devices, making them operate from a central point, is an amazing experience that only Apple fans can describe.