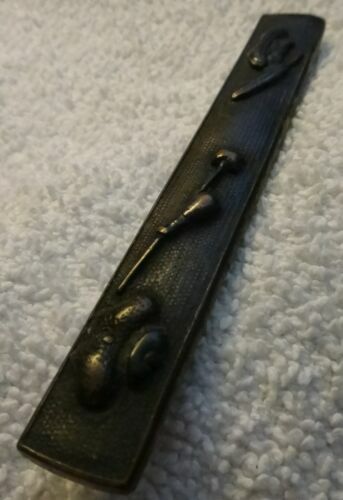 Just about anyone with an interest in weapons and armour knows the appeal of collectable Japanese swords and sabres. From the samurai to the ninja, Japanese culture has captured the imagination of many Australians, and nowhere is that more apparent than in the appreciation of Japanese swords. Antique Japanese swords represent a tangible connection to an aspect of culture that has become popular all over the world.

It is legal for Australians to possess traditional samurai swords, and replicas, as well as bring them into the country from abroad. In states such as Queensland, you do not even require a licence to own one. That being said, you should always check with the local authorities before purchasing a blade of any length just as with any other collectable knives, blades, armour and accessories you may own.

The traditional weapon of the samurai, the katana, is a slightly curved single edged blade made from bars of iron and steel welded together to produce a weapon that will both hold an edge and survive a heavy impact. Unlike many other blades, it is traditionally worn edge up, to allow for an immediate cut upon being drawn. This is the most desirable of all antique Japanese blades.

Another popular Japanese blade is the tanto. More a dagger than a sword, this blade dates back to the end of the eighth century. The traditional tanto features a sharp point on a usually single but occasionally double-edged blade and is between fifteen and thirty centimetres long. Originally designed for use in the crowded hallways of Japanese fortifications it was well-suited for personal defence.

While you cannot carry a weapon, you can certainly display your legally owned blades in your home. Many collectors put their blades on stands in a gallery, where they are on display in full view of any visitors to the home.