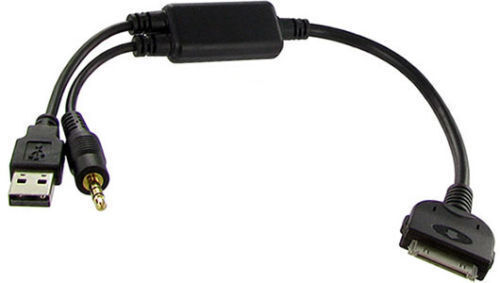 Apple iPhones released after 2016 have ditched the headphone jack in favour of a thinner form factor. Some love it, some despise it, but it’s the status quo, so you’re better off with an audio adapter if you prefer wired audio over Bluetooth on your newer iPhone. That said, you only need to bust the adapter out on specific occasions, and some adapters are accessible enough that you can have one in every bag.

Thankfully, these iPhone adapters are able to provide the needed functionality by using the Lightning port and leveraging its connections to both charge and output audio through a 3.5 mm headphone port. Now you can charge and listen to audio simultaneously with minimal hassle.

Before you head out to buy these mobile phone audio adapters, there’s a caveat you must be aware of. Due to software limitations, certain adapters only work with a certain version of iOS. So look at the product label before you plop that adapter in your cart.

You generally want to stick with aluminium construction along with thick cable insulation. Some designs feature a box-type layout with the Lightning cable attaching to an adapter box that houses the circuitry for the charging port and headphone jack. Others use a Y-design wherein the Lightning cable branches off into two and on each end are the separate connectors for power and audio. Some use a different box-type design that plugs directly into the phone and the ports for charging and audio are at the reverse end. Another thing to note is that some audio adapters for the iPhone 8 and iPhone X feature Lighting ports for both power and audio since the headphones that ship with the newer models do not use 3.5 mm audio connections anymore.