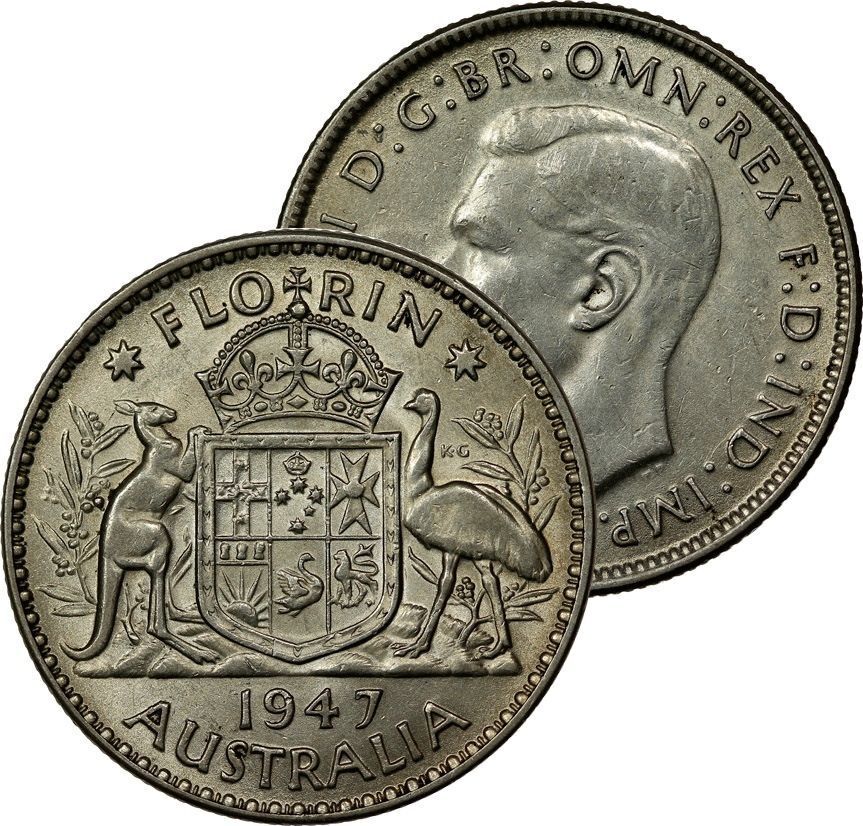 It is mostly by chance that people begin coin collecting, and their passion for this hobby stays with them until their golden years. Whether its the first unusual coin that they find in their wallets or their grandparent passes their most treasured coin onto them, coin collecting is a fun leisure pursuit for both older and younger people.

You can bet your bottom dollar that it can also be a lucrative venture. If you are looking to collect florin coins, know that you are collecting a piece of Australian history.

Florin was a coin used in Australia before decimalisation in 1966. The florin was worth 24 pence and was first minted in 1910. Since it was first minted, florins have enjoyed many different designs: the one side had the Coat of Arms of Australia, while the obverse featured King Edward VII, King George V, King George VI and Queen Elizabeth II.

Commemorative florins featured the Parliament House (1927), the centenary of Victoria and the establishment of Melbourne (1934-5), and the first visit of a reigning monarch to Australia (1954).

How to begin coin collecting

The easiest way to begin coin collecting is to save the coins you receive in your change. Before long, you will have collected a wide range of years and pictures. Its also possible to start by simply assembling a set of denominations in particular, such as the $2 Australian coin, from a particular time in history, like the Rio Olympic Games. If your budget permits, you may be able to buy them if you cannot procure them by chance.

Whether you are a keen collector or want to start your florin collection today, shop online on eBay for a large selection of florin, Australian notes and other coins. You can search by denomination or year, and buy outright or bid to complete your collection.