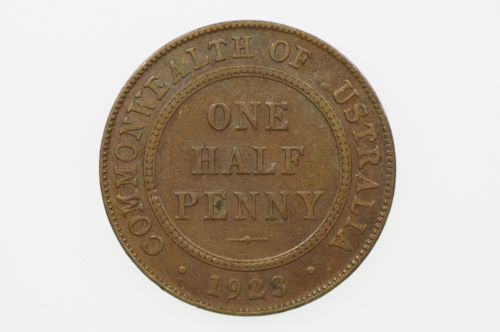 Up until Valentines Day 1966, Australian currency followed the pre-decimal British model. The basic unit was the Australian pound, which one divided into twenty shillings of twelve pence each. The problem was that it was an unnecessarily cumbersome system, and it made trade with countries outside the sterling zone more difficult.

Before decimalisation, Australia issued seven different coin denominations, ranging from the halfpenny, or hapenny, up to the crown. In order, the intermediate ones were the penny, threepence, sixpence, shilling, and florin. The florin was worth two shillings, or one-tenth of a pound, while the crown, which was only issued in 1937 and 1938, was valued at five shillings.

Despite the name, only coins minted before 1946 are actually silver. Australia shifted to a quad-alloy for coins they issued in 1946 and later. The threepence is the smallest coin, at 16 millimetres, and the crown the largest at 38.5 millimetres. All of these coins are collectible, especially the commemorative coins, as they were minted in much smaller numbers than those intended for general circulation.

From 1966 through 1968 pre-decimal coins were still in circulation alongside Australian decimal coins in order to ease the transition between currencies. In practice, the coins were largely interchangeable with the shilling, acting as the equivalent of a ten cent piece in decimal currency. By keeping the coin sizes relatively constant, unlike banknotes, people were able to adjust to the new coinage more quickly than they might otherwise have.