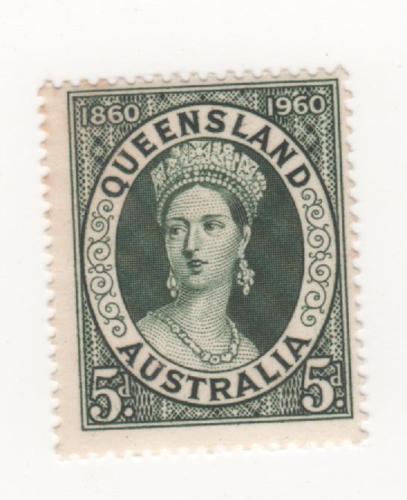 Few government mandates had the same impact on Australia as decimalisation. It affected every aspect of Australian life; including philately. For the stamp collector it provided an immediate dividing line, splitting Australian stamps into two categories with the introduction of the new decimal stamps. The older pre-decimal stamps instantly became more valuable, as all production ended.

Australian stamps go back a long way, with New South Wales issuing embossed letter sheets, which served as a precursor to the modern adhesive stamp as early as 1838. Traditional stamps soon followed, with each of the six colonies issuing their own. True postal unification followed in 1913, accelerated by the issue of the Kangaroo and Map stamp of 1912. The stamp itself became iconic, although there was controversy over the symbolism of the white map behind the animal.

Stamps have always been as much symbolic as functional, and this is equally true of pre-decimal Australian stamps as any other. As something that you could see all over the world, stamps have always served to illustrate the values of the nation that sent them. In Australia, it was common for one party to issue Kangaroo stamps, while the other would use the head of the monarch. Stamps also commemorated the twentieth anniversary of Gallipoli.

Like all collectibles, condition is vital when it comes to stamps. Mint condition stamps are those that have never been used. They not only have no postmark, but also still have the original gum on the back. The older the stamps, the harder they are to find. Other things to look for are small rips and tears, as well as the quality of the postmark. In general, the more pristine a stamp, the more desirable it is.

Unlike decimal stamps, pre-decimal stamps are no longer valid for postage. All decimal stamps issued since February 14, 1966 remain valid, though the amount that postage rates have increased since then may make using older stamps an exercise in futility.