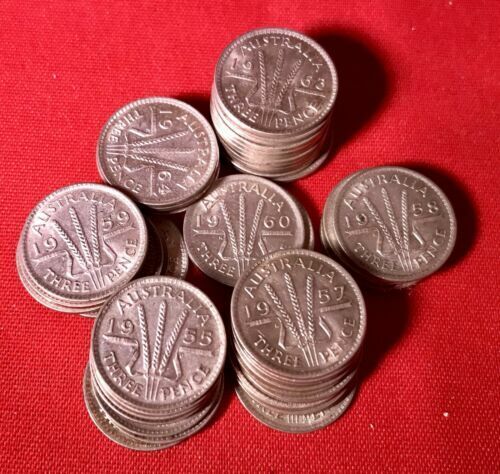 On the 14th of February 1966, Australia completed a major overhaul of its currency. In came new decimal coins like the dollar, and out went Australias pre-decimal coins like the shilling, the threepence, the sixpence and the florin. The move was intended to simplify Australias currency. Dollars of 100 cents each were easier to work with than pounds containing twenty shillings of twelve pence each. The government judged that this would save everyone time and money and voted in 1963 to adopt the new decimal system. The move changed pre-decimal Australian coins from legal tender into collectables.

The less wear that can be seen on a coin, the more valuable it tends to be. Australian coins can be graded on a number of different scales, which can make things confusing for collectors. The very best collectable coins are rated as MS70 or Gem, but any grade from MS60 or Uncirculated upwards will still refer to a coin with no sign of wear. Proof coins, those that are struck to test the mints equipment and patterns, may be rated on a different scale as they will never have entered circulation. PR-70 is the best grade available when grading a proof coin on its own scale.

Australias pre-decimal coins were made using silver, with the exceptions of the bronze penny and half-penny. This gives these coins an inherent precious metal value. Silver coins are an attractive investment for many reasons: they are always worth at least as much as their precious metal content, they are easy to store and quite easy to trade. In many cases, though, the historic and collectable value of these coins far outstrips their bullion value. If you are interested in the precious metal value of your Australian pre-decimal coins, it is important to know the difference between coins made before 1946 and those made afterwards. In 1946, the silver content of coins was reduced from 92.5 per cent silver to just 50 per cent, reducing their material value significantly.