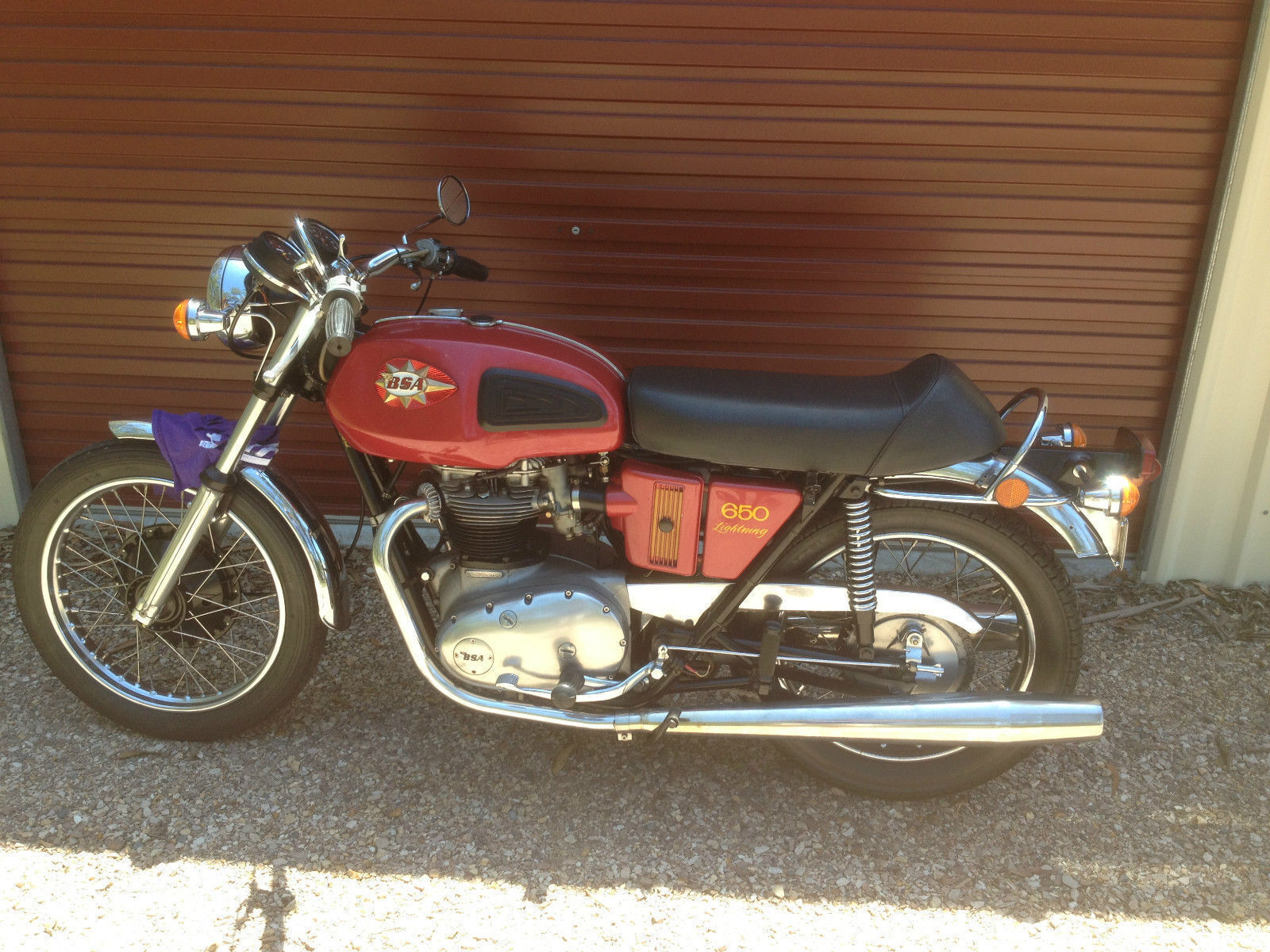 BSA motorcycles were produced between 1919 and 1972. At its height, the company was the largest producer of motorcycles in the world. They are a great option if you’re looking form something different to your standard contemporary road bike. Whether you're looking for a new or used BSA motorcycle for sale, eBay offers a practical choice to buy a BSA motorcycle.

Due to a variety of models produced, it is easier to identify BSA motorcycles by their respective manufacturing periods, i.e. before the Second World War and after the War. The pre-war era of BSA is known for producing one of the most reliable motorcycles in the world. Since the introduction of two-stroke bikes in 1928, sales skyrocketed because most of the bikes were economical and worthy of an off-road experience. Blue Star, Model A28, and M20 are fine examples of classics.

After the War, BSA also started focusing on producing sports bikes. The intention to sell sports bikes was based on the desire to provide a sporty image to US consumers. The idea was a hit in the United States. Not only did the BSA motorcycle make history in racing competitions, but the legacy continues to this day, as a large number of classic BSA motorcycles still exist in the secondary markets. Some of these models are four-stroke bikes that are powered by 650cc engines. The four-stroke A and B series are examples of such vintage BSA motorcycles for sale.

The BSA motorcycles for sale on eBay

There are two classical series of pre-war models, which include the Star-series and M-series. The Blue Star, Empire, Star, Silver Star, and Gold Star were slightly upgraded sports versions that were also marketed as powerful street bikes. In contrast, the M-Series, which includes the M20, M21, and M22, were designed for the UK military, and any surviving model demands a high price.

The post-war models can be classified into three categories: four-stroke bikes, four-stroke three-cylinder triples, and four-stroke single-cylinder bikes. The A10, A50, and A65 are durable and powerful street bikes. Similarly, the four-stroke Triples, A75R, A75RV, and A75V are the three prominent choices for collectors of vintage bikes. As for reliability, there are a variety of single-cylinder BSA for sale that is easily identified by their B-series, D-series, and BSA-series model numbers.

Is the iconic Triumph T160 Trident available on eBay?

Consider yourself lucky if you can find the Triumph T160 Trident BSA on eBay. This was the last model from the company to preserve the company's long-lasting legacy. Also known as T160, it was similar to the original BSA Rocket 3. The bike was an upgraded triple with a host of amenities such as all-disc brakes, electric start, and small heath plant bore.