Backgammon Contemporary Board and Traditional Games 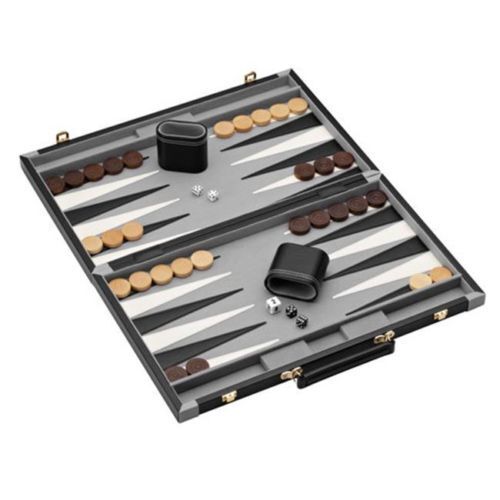 Backgammon Contemporary Board and Traditional Games

Backgammon is a board game that has been around for thousands of years. It is a fun game that children and adults can play and the rules are fairly simple to learn. Many backgammon boards are available as part of a set and feature wooden boards and carrying cases. Some even include other traditional board games like checkers and chess in one package.

What comes with a contemporary backgammon game?

In addition to the board, the other essential parts of a game of backgammon include:

Some sets use different colours for the checkers other than black and white and even features logos and images. Dice are traditionally white but coloured dice are usable as well and two sets of dice are ideal so each player has a set. In addition, two dice cups and doubling cubes are nice touches as well. The doubling cube is only used if wagers are being placed on the game.

What are some other traditional board games that the entire family can play?

There are a number of traditional family board games, including some made by game manufacturers like Milton-Bradley and Hasbro. These include:

Some of the essential contemporary board games include Monopoly, Scrabble, Chutes & Ladders, Candyland, Risk, Battleship and Sorry!.