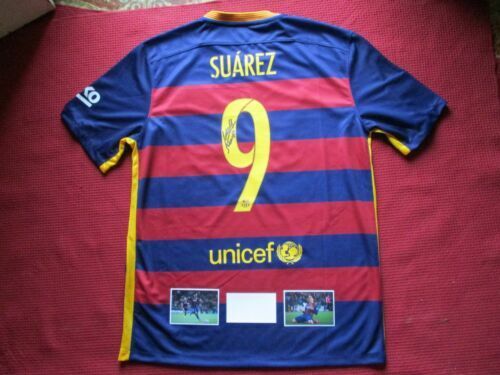 The FC Barcelona is a popular soccer team with a long history. The Spanish team won the FIFA World Cup in 2009, 2011 and 2015, making them as a team to watch worldwide. Soccer, or football, is the most popular sport in Spain. The Spanish League of soccer teams is one of the most competitive and watched sports leagues in the world. It is no wonder that fans would want to collect or purchase items that celebrate their fondness for them.

Posters are a good way to showcase your favourite players. Both headshots and action photos are available, as well as group photos with the seasons team. Player posters may include a copy of their signature printed on it. Posters of the stadium are also popular. Generally, these come from a lightweight paper, so soccer fans should be careful while handling the poster so as not to rip it. You can frame or hang these directly on the wall. Still, many collectors may opt to store Barcelona soccer memorabilia posters so that they can stay in perfect condition.

Jerseys are popular soccer memorabilia because people can wear them to games or just for fun to show their solidarity with the team. Barcelona soccer jerseys can range in prices depending on their construction. Jerseys with higher quality fabrics and embroidery are generally more expensive. They also bear the names of players, so fans can select their favourite players jersey to showcase to the world. Because players wear jerseys, these official player jerseys can come with autographs.

Prints are generally higher quality posters bearing a FC Barcelona likeness, whether it is of a player, the stadium or the teams logo. These are likely smaller in size than posters and are come on heavier paper. Often, fans frame Barcelona soccer memorabilia prints and display them on the walls in their homes.