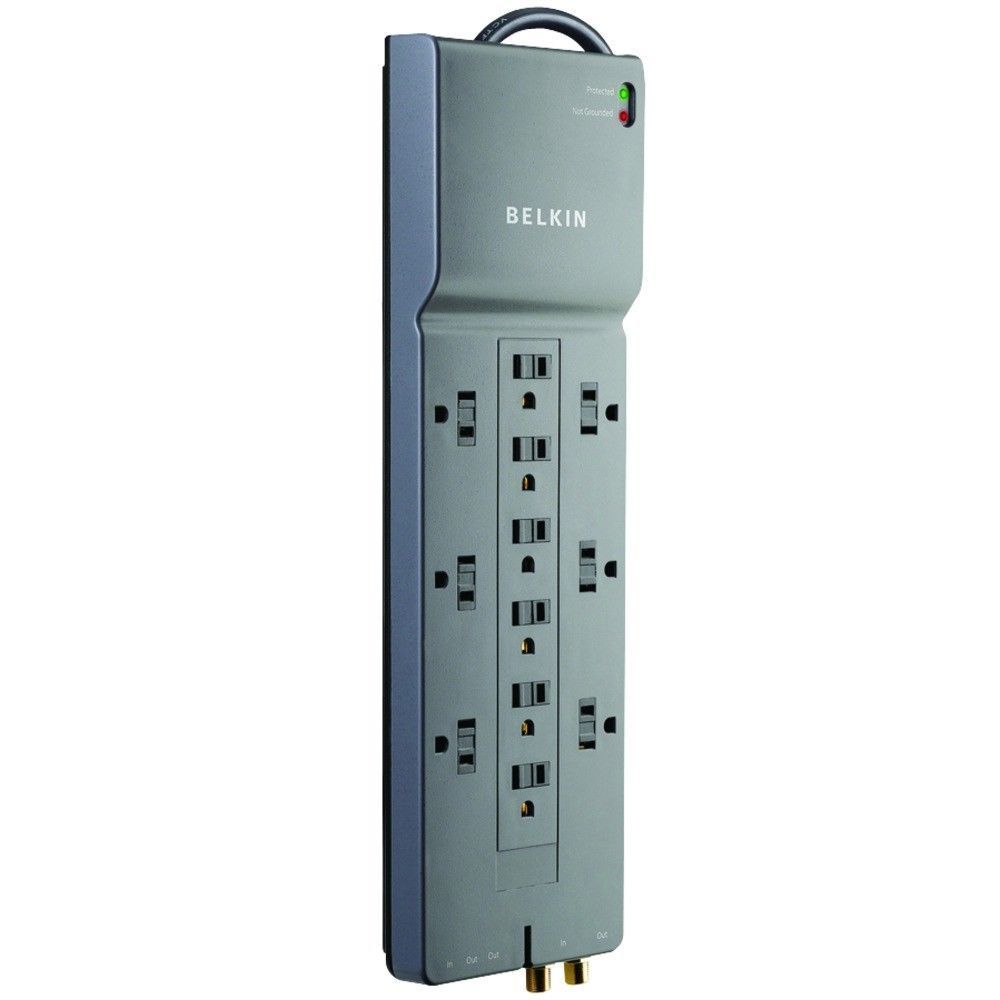 Belkin offers an assortment of products that not only help bring power to your devices, but also protect them from damaging power surges as well. Whether you need to power computers and office equipment or you want to protect electronics for your home theatre system, Belkin has a surge protector or power strip solution to meet your needs.

Eliminate the need to replace computers and other electronics with 6-outlet surge protectors for the home or office. It is not uncommon for electrical currents to receive fluctuations in power levels from time to time. Using a 6-outlet computer surge protector gives you ample room to plug in a computer and other electronic devices. The 2 metre cord length makes it easy to reach electrical outlets while the lighted power switch indicator lets you know that the surge protector is on and protecting your devices.

Belkin also offers other products that include the Belkin 12-outlet surge protector with cable and satellite protection. The cable-protecting power strip is one of the ultimate surge protectors because this power cord offers superior protection for powered equipment, like home theatre systems, Blu-ray players, satellite systems, video game consoles, televisions, and more. Keeping high-end electronics protected while also receiving picture and sound with the highest possible clarity is all possible with Belkin surge protectors and power strips.

The Belkin 7-way surge protector with rotating plug helps to keep your electronic devices safe from power surges that can ruin your equipment. This power cord provides protection for up to seven devices by simply plugging the surge protector into the wall outlet and then connecting your equipment to the cord. The rotating plug can swivel up to 360 degrees, which makes it easier to fit various styles of plugs into the same power strip.